Honouring the past as we prepare students for a bright future

Rows of mid-century tables on the third floor of Hunter Student Commons were saved and restored from the former MacKimmie Block. V Strategies

The Beatles crooned I Want to Hold Your Hand on transistor radios.

And, on a quiet corner of the University of Alberta’s Calgary satellite campus in 1963, the MacKimmie Block opened to students as its first library.

Flash-forward nearly 60 years and the short, square building nestled across from the now-University of Calgary’s Administration complex is no more.

It’s been replaced by Hunter Student Commons, a four-storey marvel of glass, concrete and steel ready to support a whole new generation of learners.

With breakout rooms, collision spaces and a permanent home for the Hunter Hub for Entrepreneurial Thinking, the complex is designed as a place for current and future students to start something.

“What our students needed back in 1963 is simply not what they need today. UCalgary is transforming. Hunter Student Commons is about enabling a student experience previous generations could only imagine,” says UCalgary President Ed McCauley.

Honouring the past, embracing the future

As Canada’s youngest top-five research institution, UCalgary is proud of its past, even as it strides toward a bright future.

On the third floor, laptops and papers are spread across long wooden tables as students collaborate on projects and launch impromptu study sessions.

“I am here at least three times a week,” says Ramneet Hunjan, fifth-year natural sciences student. “The furniture is one of the best setups across campus because there is a decent amount of individual seating and collaborative seating. I really like the feeling of the new building compared to elsewhere on campus.”

The 1960s-esque tables aren’t recreations added to achieve a vintage look. The mid-century furnishings include actual tables and chairs salvaged from the MacKimmie Block and restored.

MacKimmie Block in its former glory.

Outside the polished glass façade and vertical solar panels of Hunter Student Commons is the new home of the beloved Prairie Chicken sculpture.

The iconic George A. Norris sculpture stood for 44 years before being safely tucked away in storage and the original mound excavated to allow for construction of Hunter Student Commons.

Norris and his son, Alexander, used a flatbed and crane to first install the 5.5-metre, 4.1-tonne stainless steel statue back in 1975. Late in August 2022, construction crews lovingly restored the structure atop a new hill by Swann Mall created specifically for it.

“We can’t wait for students to lay out on the grass again, chatting between classes and enjoying the Calgary sunshine under our Prairie Chicken,” says Dr. Penny Werthner, interim provost and vice-president (academic). 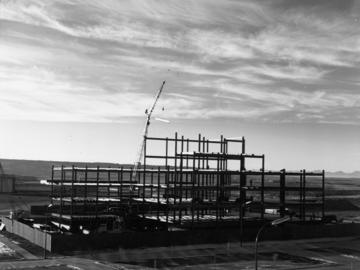 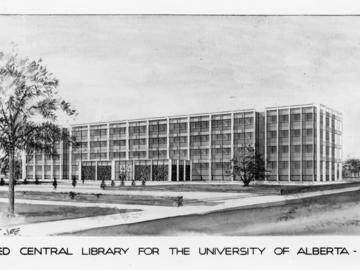 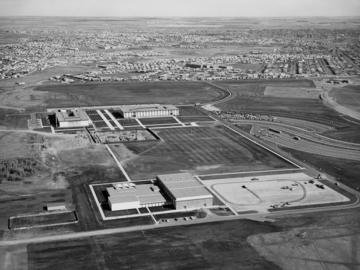 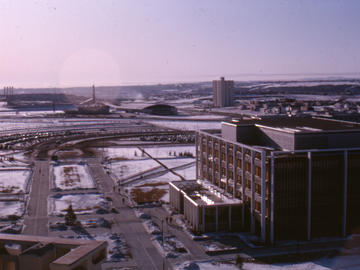 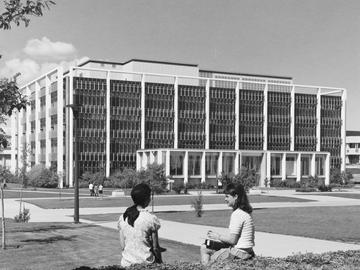 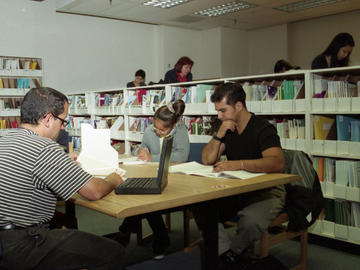 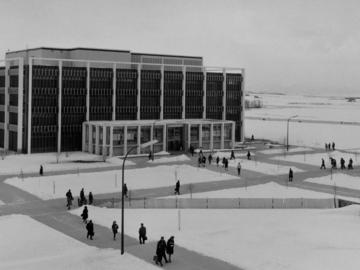 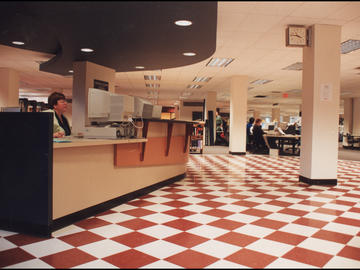 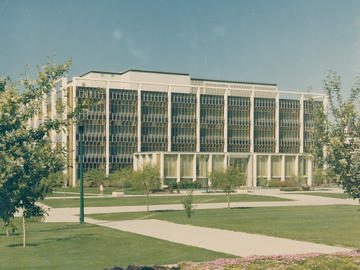 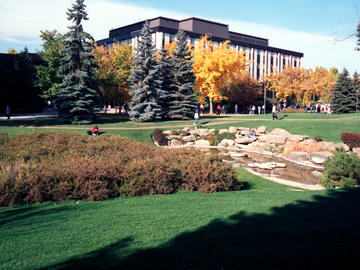 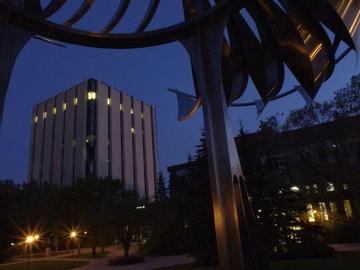 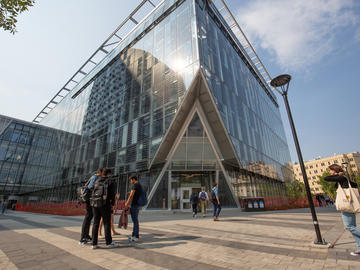 The Hunter Student Commons and MacKimmie Tower redevelopments also allowed UCalgary to reimagine the adjacent Swann Mall landscaping and to incorporate Indigenous ways of knowing and being to honour the land.

In designing the updated landscaping, UCalgary consulted Traditional Knowledge Keepers on ways to restore the land to how it looked in the early 1900s.

Elders guided landscape architects on which edible, medicinal and hardy species would be best reintroduced as resilient Foothills plants.

“By bringing back plants that have traditionally grown here, we know they will thrive in a prairie environment, attracting pollinators and improving the health of the campus ecosystem,” says Boris Dragicevic, associate vice-president of facilities development.

The landscape design is also more sustainable with deep soil that helps capture and retain rainfall, and prairie grasses with deep roots that are more drought tolerant, move carbon into the soil and improve soil health.

“It’s all about working with the land, not against it,” says Dragicevic.

Learn more about Hunter Student Commons, including more details on what is included in the building. 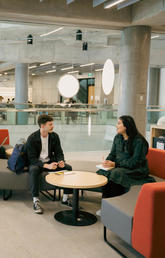 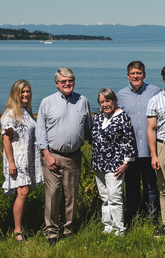 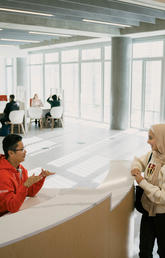 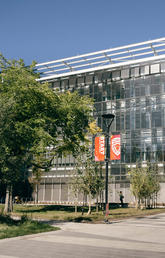 A national leader in green construction 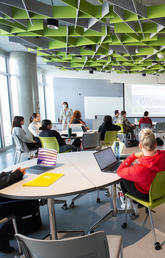 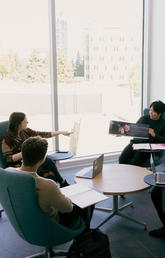