Gina Ko’s achievements in tackling social justice challenges are numerous, yet when asked, she simply says that her goal is to cultivate success in others.

Whether teaching, engaging with minoritized high school students on participatory action research, or counselling vulnerable youth, Ko works together with them to highlight their agency for social justice activism.

“Young people today are empowered to give voice to real issues in our world because they are fearless,” says Ko, who is graduating from the Werklund School of Education with a PhD in Leadership. “Adults can learn much from their hopefulness and energy.”

As fearless as many young people are today, Ko understands from first-hand experience that there are others who need extra support. As a counselling psychologist, she assists youth who sometimes feel helpless in the face of crises such as climate change or school shootings.

“I’m part of a multi-disciplinary team at Eastside Family Centre that provides mental health services to youth and families. Once we are confident that our clients are safe from harm, we assist them by uncovering their interests and strengths in order to identify ways they can affect change and contribute to their community.”

“One client, for example, began writing to political leaders and we encouraged another to join a science summer camp where she could learn about the environment. This put a smile on her face as she said she is looking forward to the summer.”

Ko, who came to Canada from Vietnam as a refugee and identifies as Chinese Canadian, says she developed her interest in environmental activism early in life. She recalls that after arriving in Canada as a child she struggled in school.

“When I was young I had difficulty learning English and was quite shy at school. Even though I was worried about the environment when we learned about the ozone layer and acid rain in elementary school, I did not contribute to class discussions because I thought I had nothing important to say.”

Looking back, she realizes she had several teachers who would have welcomed her input. In time, when Ko became a teacher herself, she endeavored to bolster her students’ undertakings.

“When I was a secondary teacher, I worked with a youth leadership club to fundraise for countries that had experienced natural disasters and shaved my head to encourage students to raise money for The Terry Fox Foundation. These initiatives were student driven, I simply sponsored and participated in their passionate voices.”

Ko is now instilling concern for social justice issues in her children. She says she engaged them in conversations about what they could do to care for the planet from an early age, so when her daughter and a friend needed to pick a topic for their school’s science fair project, addressing a pressing environmental issue was top of the list.

With Ko’s support, the two students launched a petition on Change.org asking Starbucks to make a better coffee cup. Ko assisted by surveying her colleagues and Bachelor of Education Students about the number of single-use cups they throw out in a year. Throughout the campaign she provided her students, many of whom signed the petition, with progress reports and all shared in the excitement when Starbucks committed $10 million to developing a fully recyclable and compostable cup.

“A few months after the campaign accomplished its goal, one of my students wrote to say that she bought her own reusable mug. Other students reach out often to share that they plan to find ways for supporting their own students’ activism because they saw that it was possible.”

Looking forward, Ko says she will continue to integrate a culturally responsive and socially just practice in her academic, personal and professional life.

“I absolutely love being an instructor for higher education. In the future, I hope to obtain a faculty position where I can use my interdisciplinary knowledge as an educator and psychologist to create social change for marginalized populations.”

“I am grateful that I have been offered many opportunities to access higher education. My goal is to pay it forward in my teaching, practice and research.” 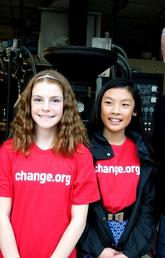 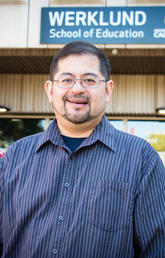 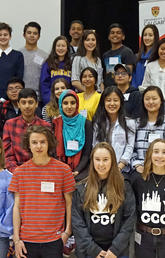 Finding ways to change the world