It might sound like something small, but having a clean room to come home to gives Dana Wood the peace of mind she needs to feel like she has life under control.

She certainly seems to be in the driver’s seat right now, as the third-year Schulich School of Engineering student was among the record 259 University of Calgary student-athletes recently named Academic All-Canadians by U SPORTS.

“It’s an honour, but I also consider the award to be very reassuring in the sense that it’s proof that hard work pays off,” says Wood, a third-year defenseman with the Dinos women’s hockey team. “Especially when you think back to the harder parts of the year like midterms and finals, school and hockey can be so conflicting that it feels like you’re always sacrificing to one for the other.”

Getting the most of her day

It isn’t easy being a student-athlete, as you’re constantly juggling the needs of the classroom with those of the field.

Wood says a typical day in her life consists of trying to squeeze in as much study time as she can between practices, workouts, games and classes.

With varying practice times during the week — sometimes as early as 7 a.m. — she usually finds herself in the athlete lounge at the Olympic Oval or quieter study areas around campus to get her work done.

“To make sure I have enough brain power to make it through those long days of school and practice, the most important things to me are getting enough sleep, packing good food to have throughout the day and, yes, cleaning my room,” Wood says.

Like Wood, Dinos swimmer Mackenzie Wallich is honoured by the recognition that comes with being an Academic All-Canadian.

A fellow third-year student, she wasn’t content on just treading water in both academia and athletics.

“I have set being an Academic All-Canadian as one of my academic goals since my first year,” Wallich says. “Achieving it for the third year in a row is a validation of my hard work and time I’ve put into balancing school and swimming.”

Mackenzie Wallich in the pool for the University of Calgary Dinos swimming team.

She also has a busy schedule to maintain. Studying mechanical engineering, Wallich has tests and projects to handle along with her swimming practices and competitions. She says important to find time to decompress by hanging out with friends or watching her favourite TV show.

Time management is a common theme you hear from student-athletes when they talk about finding a balance to achieve success.

Wallich says keeping track of due dates and holding onto routines helps her find that “happy medium.”

Wood, meanwhile, says she believes she wouldn’t do as well in school if she wasn’t playing hockey at the same time.

“I kind of see hockey as a break from school, and school as a break from hockey,” she says. “When I get overwhelmed by one aspect of my life, it really helps to take a step back and maybe focus on something else for a while.”

Wood also leans on her family, friends and teammates when times get tough.

“I definitely do my fair share of complaining,” the electrical and software engineering student admits. “But my friends and family are always there to lend a shoulder to cry on before reminding me how lucky I am to be able to do what I do.”

Inspiring others while being inspired

While they achieve their goals in both the classroom and athletics, Wallich and Wood know future Dinos will have similar aspirations.

“Treating your school and swimming like a nine-to-five job is helpful because it creates a structured work environment,” Wallich says. “I do a large portion of my school work during the day so I have less to do in the evening.”

Wood adds an often-overlooked aspect of student life, while being an athlete, is making friends in your classes.

“It can be easy to neglect doing that sometimes, since you might already have really close friendships within your team,” she says. “But it’s invaluable to have connections with other people going through engineering because it does take a special kind of mindset that your teammates might not understand.”

It all comes back to finding balance.

“It’s impossible to truly consider yourself a student without embracing the university experience and making friends in your classes,” Wood says. 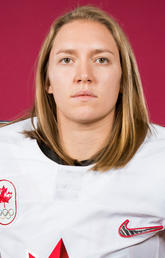 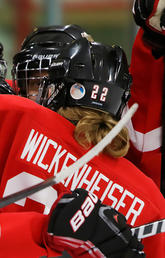 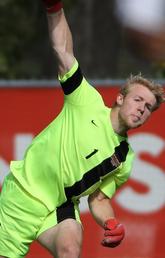 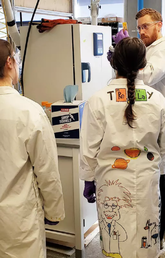 Schulich students pay it forward at Women in Engineering Day 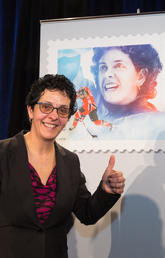 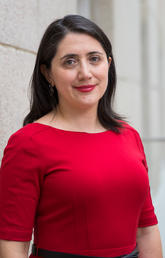 Engineering prof aims to increase participation of women in STEM