Procrastination isn’t your fault, but it’s your responsibility

Procrastination isn’t your fault, ‘but it’s your responsibility’

Overcoming procrastination is a bit like turning two keys to launch a missile, says a researcher at the Haskayne School of Business.

“There’s ‘onset’ and ‘goal striving,’” says Dr. Piers Steel, PhD, who is a professor and Brookfield Resident Chair – Management at Haskayne. “You really need both of them to get things done, and often one of those things isn’t turning.”

Steel is the co-author of a study on procrastination that was recently published in Personality and Individual Differences. It aims to better measure and define how people postpone or delay doing things so that researchers can more clearly understand the problem.

Piers Steel is a professor and Brookfield Resident Chair – Management at the Haskayne School of Business.

Adrian Shellard, for the Haskayne School of Business

‘Procrastination isn't about being rational’

In a COVID-19 world where once-radical ideas such as employees working from home are now a common reality for many businesses, Steel says it is vital to accurately diagnose issues such as procrastination and job performance.

“We have an unrealistic or simplistic understanding of how our decisions work,” he says in a wry tone. “We think we’re perfectly rational, but actually our operating systems — our brains — are full of heuristics and they can be hacked. Consequently, simply complaining to people: ‘Hey, you are putting stuff off,’ it’s kind of like going to depressed people and saying: ‘Hey, you should be happy.’ Well, thanks, Einstein. In truth, procrastination isn’t about being rational.”

Steel is the author of a book called The Procrastination Equation: How to Stop Putting Things Off and Start Getting Stuff Done, which was published in 2010. “What I would tell average people is that procrastination is not your fault,” he says, “but it is your responsibility.

“It’s natural to procrastinate, but it’s not functional, and once you make a decision to actually initiate a task (onset), there are these tiresome skills you’re going to have to learn to help you actually complete it (goal striving) — but they’re learnable and a lot of them are pretty damn easy to do, and life would be better off for it. But if people just kind of do what they feel, what they are often going to feel like is ‘later.’”

Onset delay describes when you procrastinate by deciding to start tomorrow on an action, rather than doing it today, or making one action a priority over another even though it is possible to do both. Procrastination in goal striving can involve delay due to everything from bad habits to low willpower.

Many researchers have failed to distinguish between these two aspects of procrastination, says Steel, adding it can be traced to an imprecise understanding of what is meant by delay. His study describes a new way, or scale, to measure onset delay and delay in goal striving, demonstrating that while they have things in common, they are separate facets of this problem.

There is a lot of nonsense about procrastination, says Steel, pointing to the “dangerous” misconception that deliberately delaying work on a project until it is near deadline enhances creativity.

The 3 a.m., bleary-eyed crowd aren’t that creative — they’re just trying to get it done.

The truth is, human beings evolved to complete tasks on the size and timescales of hunter-gatherers, not the complex projects of modern civilization that can take years to finish, he says.

Steel would like business leaders to accept that “employees are flawed and maybe we’re not always going to make the best decision for the company or ourselves, and we sometimes need help structuring our work to get things done. It doesn’t make people bad employees, it makes them human.

“I would like to live in a world where an employee would feel comfortable enough to actually be able to go to a manager and say: ‘I am really having trouble finding motivation for this one,’ and then the manager being able to give good suggestions beyond, ‘Well, you better do it or we’ll fire you.’” 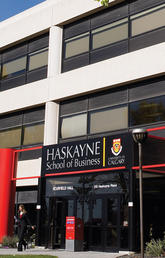 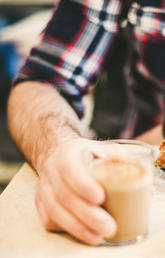 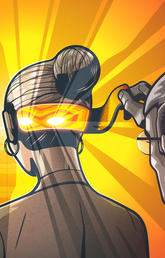 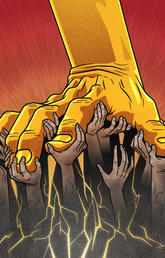 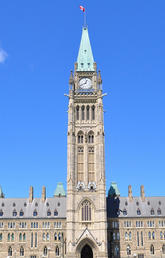