Celebrate the end of the semester with friends

Festival has always been about bringing the campus community together to celebrate the previous year. Stay tuned for updates on the activities, entertainment and snacks coming to this year's in-person event.

What is the UCalgaryStrong Festival?

Since 2015, the UCalgaryStrong Festival has been a chance for students to unwind and have fun during exam season. Beginning as an artisan market and evolving into a multi-activity event with inflatable games, live music and delicious snacks, the goal of the event is to give students and the community a place to meet, have fun and relax.

For a sense of what to expect, check out the last in-person event in the video below.

Where is it taking place? This year's event will be outdoors on the Taylor Quad on the south side of MacEwan Student Centre. In the event of rain, activities will be moved to the upper track of the Jack Simpson Gymnasium.

Is there anything else I should know? Just show up! Festival activities are free for the community and are an exciting way to celebrate the end of the semester.

If you have any questions about the event, please contact us.

If you would like to volunteer at the event, please complete this form.

Experience some of the best musical talent that Calgary and the region have to offer! In collaboration with the Prophets of Music, the musical stage is a great place to relax and enjoy a variety of musical genres.

Get active with mini soccer, spike ball and a host of other lawn games at the festival. If you're tired of being on your feet, connect with your peers over Indigenous hand games, teepee raising, caricature artists and more!

Wind down from studying with a free professional haircut from Denim and Smith barbers, or by meeting adorable dogs at the pet-a-puppy station. These activities and more are a great way to get your head out of the books for a while and have fun on the last day of classes.

Village Ice Cream is making an appearance at festival this year – celebrate this by having a cup! If ice cream isn't your thing (or you're all full up!), there are some excellent food truck choices that will be parked around the Rosza Centre bus loop.

Enjoy some great performances curated by the Prophets of Music at the music stage. There's a full line-up of talented local and out of town artists whose blend of musical styles will keep you entertained and captivated throughout the event.

Be sure to grab a drink and a snack, take a seat and have a listen.

Dubbed a “precocious guitarist whose vocals possess a wise-beyond-his-years weariness" by the Calgary Herald, Marcus Trummer’s down-to-earth brand of rock & soul is a modern yet familiar take on the sounds of past decades. Since bursting onto the scene in 2018, the Calgary-based songwriter and performer has earned a reputation as a busy local artist who, alongside his band, has drawn comparisons to The Black Crowes, Allman Brothers Band, and John Mayer.

The latest release 'Dancing with Sue' (2020), evokes the feeling of nostalgia, and yearning for the times in our lives where we feel the happiest and most free. The song is captured effortlessly through warm tones and colourful songwriting. CBC's Reclaimed included them on the Indigenous Artists to Watch in 2021 list.

Calgarian Kate Stevens is a dynamic RnB singer/songwriter featuring diversity in her sound drawing from a 70’s easy listening soul/RnB while infusing hints of jazz. Stevens has a mature take on her ever-growing musical style and technique.

“There is a confidence in the playful balance Stevens strikes between precision and abandon: ragged voice breaks turn into lilting falsettos, whispery vibratos lure the ear into intimate, personal, soul spaces.

Since first gracing Calgary stages at a young age, this songwriter has won numerous accolades, awards and nomination but, instead of turning music into a competitive sport, Stevens chose to put her energy into connection with and mentoring a new wave young musicians and collaborating with many different creatives. As a friendly but firm advocate for Calgary’s Music Mile, Stevens has a mission to help Calgarians understand that a city without music, musician or venues will never feel like a community.” Chantal Vitalis, Calgary Folkfest

Damase Elis is a Calgary-born singer-songwriter, multi-instrumentalist, and member of the Metis Nation of Alberta. Her music aims to blend past and present sounds and is the product of a variety of influences ranging from Ella Fitzgerald to Florence Welch.

Elis previously released music under the name Riel,  including her 2017 EP Into the Waves. 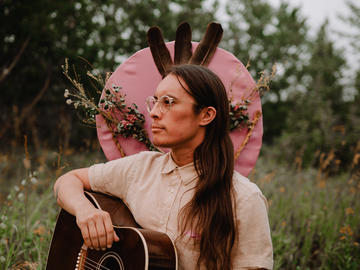 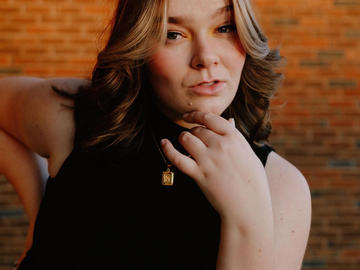 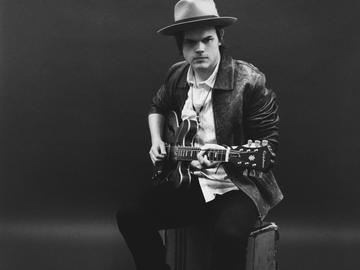 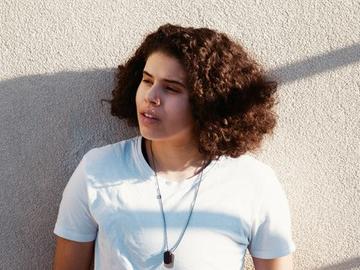 Join a game of spike ball or mini soccer, contribute your artistic talents to the communal quilt, or line up to be sketched by the caricature artist. There are a wide variety of activities to chose from at festival -- choose one or just do it all!

Free Coca-Cola will also be available for free at the event.

Popular Calgary food trucks will be in attendance and offering tasty treats during the event. Visit them between 11 a.m. and 3 p.m. nearby the festival space.

The contributions of both campus and the wider Calgary community continue to make this event an exciting one year after year. A list of this year's activity and prize supporters is coming soon..

Thank you to Coca-Cola for providing complimentary beverages for this year's event.

Thank you to Village Ice Cream for providing an excellent selection of flavours for this year's event.

Thank you to Orange Theory Fitness for their interest in the event and for information about their student discount.

UCalgary students can take advantage of their Easter offer and receive 3-weeks unlimited for only $75. The offer is valid between April 15-19. If you're interested, contact Orange Theory Fitness at 587-316-2346 and reference the UCalgaryStrong festival webpage to book your first free trial class today.

Do you have have questions about the UCalgaryStrong Festival? Feel free to connect with us at ucstrong@ucalgary.ca