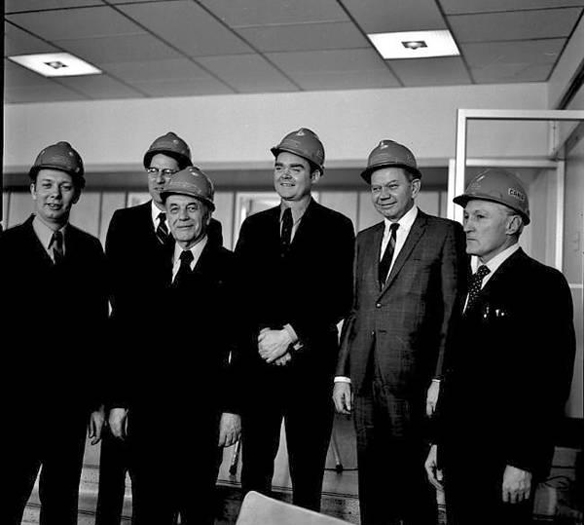 Image of the opening of the Health Sciences Centre at Foothills Hospital, March 1970 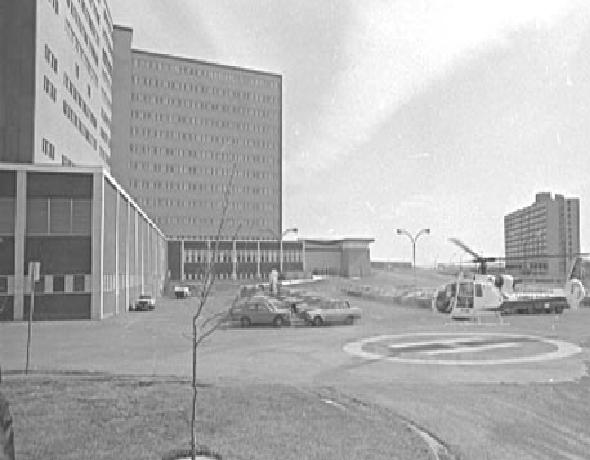 The Foothills Hospital in Calgary, AB, in 1974

More information can be gained through The Alberta Medical History Collection project.

On April 13, 2010 the 12th Induction Ceremony and Dinner of The Canadian Medical Hall of Fame took place at Calgary. It was the first time that this prestigious event was ever held in this city, and one of the six inductees honored at the ceremony was Dr. William A. Cochrane, OC AOE.  He had been the founding Dean of the Medical Faculty, when the medical school opened in 1970. To see a video on Dr. Cochrane, please click here.

The Canadian Medical Hall of Fame in London, ON has further produced an Alberta Medical Heritge video, which features the history of the two medical schools in this province as well as the larger history of medicine in Alberta. To watch this additional video, please click here.

A selected bibliography, which places the University of Calgary’s Medical Faculty in its historical context (compiled by Dr Frank W. Stahnisch & Diane Lorenzetti, 2010):

Alberta Association of Registered Nurses, Collection of Facts for History of Nursing, 1864-1942 (Edmonton: The Association, 1942).

Geertje Boschma, Faculty of Nursing on the Move:  Thirty Years of Nursing Education, Research and Science at the University of Calgary, 1969-2000 (Calgary: University Press, 2005).

Evelyn Hardwick, The science, the art and the spirit: hospitals, medicine and nursing in Calgary (Calgary: Calgary Century Publications).

Earle Parkhill Scarlett, In Sickness and in Health: Reflections on the Medical Profession (Toronto: McClelland and Stewart, 1972).

Donald B. Smith, Calgary’s Grand Story: The Making Of A Prairie Metropolis From The Viewpoint Of Two Heritage Buildings (Calgary: Calgary University Press, 2005).

George Wyse and Eldon R. Smith, "Cardiovascular Medicine at the University of Calgary: A Vignette of Recent History," Canadian Journal of Cardiology 6/2 (1990), pp. 50-52.