The city of Calgary has one of the longest traditions in research and writing about the History of Medicine in Canada. This tradition is intricately associated with the name of Dr. Earle Parkhill Scarlett (1896-1982), a physician of Irish decent who received his training at the Universities of Manitoba and Toronto. At the Calgary Associate Clinic, Dr. Scarlett established a research unit and extensive library in the history of medicine, which since the early 1930s became the centre of considerable medical history research in the city of Calgary and in Southern Alberta. The library of the Calgary Associate Clinic also hosted the first history of medicine society in the city and was a precursor to the later University of Calgary-based "Calgary History of Medicine Society" (CHOMS).

Despite the financial constraints following to the Great Depression, Dr. Scarlett managed to convince his clinical group to support the foundation of the first history of medicine journal in Canada: The Calgary Associate Clinic Historical Bulletin (CACHB). "The Bulletin" continued to exist between 1936 and 1958 (altogether 22 volumes/88 editions were published), before Dr. Scarlett took retirement.

A significant part of the history of medicine books of the Calgary Associate Clinic was later donated (as the "Dr. Earle Parkhill Scarlett Collection") to the Health Sciences Library of the University of Calgary Cumming School of Medicine. There, the collection is now combined with the "Dr. Peter J. Cruse Collection" in the History of Medicine and the "Mackie Family Collection in the History of Neuroscience", which form the basis of an important medical history research library in the newly renovated History of Medicine Room (for further information, see also the "Resources" tab of this homepage or consult the Health Sciences Library directly).

Dr. Scarlett's Calgary Associate Clinic Historical Bulletin also influenced the early founders of the "Canadian Bulletin of Medical History / Bulletin canadien d'histoire de la médecine (CBMH/BCHM)", when it was created as the Newsletter of the Canadian Society for the History of Medicine (CSHM) in 1979. For an intriguing academic obituary on "Earle Parkhill Scarlett (1896-1982)" by the Calgary surgeon John. S. Gardner (1906-1989) in the first volume of "The Bulletin", please see: Canadian Bulletin of Medical History 1/1 (1984), pp. 107-114 This article also includes a portrait photograph and a reading list of secondary publications on Dr. Scarlett.

For the journal website of the CBMH / BCHM see: http://www.cbmh.ca/index.php/cbmh/index. 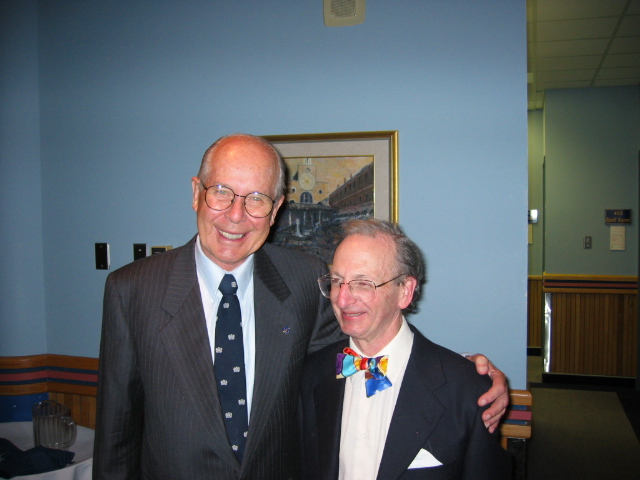 We have recently been informed by the Canadian Society for the History of Medicine (CSHM) that its President, Dr. Peter Warren, has suddently passed away.  Peter Warren was a long-time participant in the Calgary History of Medicine Days Conferences and always brought a large contingent of Manitoba medical students to these events and academic exchanges.  His input in the discussions, his friendliness and support of the students and their work will always be remembered and held in high regard at the University of Calgary.  Colleagues and friends ian Calgary will miss him very much.

The obituary reached us through the Canadian Society for the History of Medicine:

Peter Warren, a member of our Society since 1996, died suddenly on May 3 in Winnipeg of a heart attack.  Peter had been very active in medical history circles for many years in Canada and was serving as president of the Canadian Society for the History of Medicine at the time of his death.

The Manitoba medical community sustained an unexpected and untimely loss with the sudden death of Dr. Charles Peter William (Peter) Warren on May 3, 2011. Dr. Warren acquired his medical education in Britain at Cambridge and Guy's Hospital, where he received numerous awards for excellence. He came to Winnipeg in 1971 as a specialist in lung disease. He worked at both St. Boniface Hospital and the Health Sciences Centre, did clinical research, medical teaching and was a student of the history of medicine. An expert in allergic lung disease, he published numerous papers on the subject and did early work in the risks of grain dust exposure. His peer recognition was symbolized in the form of appointments as Vice President and President of the Canadian Thoracic Society. He won many awards for teaching excellence culminating in being elected Honorary Senior Stick for two years by medical students. He was a Professor of Medicine and Associate Dean for Undergraduate Medical Education, running the student teaching program at the Medical Faculty of the University of Manitoba, and as such supervised a substantial change in the medical curriculum. He was a world-class medical historian, with two degrees in history and numerous papers. This interest extended beyond his retirement as a physician in 2006 and he was President of the Canadian Society for the History of Medicine at his death. Dr. Warren was a man of sterling personal qualities. He was quiet and unassuming, but was very effective in getting things done, by both enlisting others and setting an example himself; he did not expect people to accomplish things that he was unwilling or unable to do. He was a keen golfer, and world traveler, and left many friends and admirers in the medical community. He was predeceased by his parents, Elizabeth Margaret Park and Dr. Wilfrid Warren. He was the beloved husband of Faye, dear father of Patrick (Brandy) and Richard, loving and proud Pompa of Mackenzie, Devyn, and Aidan, much admired son-in-law of Myrtle Spencer, and adored brother of Ann Roberts (Vaughan) and their children.

The family invites friends and colleagues to a reception in Peter's honour on Tuesday, August 2, from 4:00 p.m. to 6:00 p.m. at The Fort Garry Hotel.  Tributes will begin at 5:00 p.m.  To respect Dr. Warren's commitment to medical education, gifts in his memory directed to the Neil John McLean Library would be appreciated. Cheques should be made payable to the University of Manitoba and mailed to the Department of Development, Room 179 Extended Education, Winnipeg, MB R3T 2N2. Gifts may also be made on-line at: http://umanitoba.ca/admin/dev_adv/. THOMSON IN THE PARK 204 925-1120. Condolences may be sent to http://www.thomsoninthepark.com/

Below are the links to the archived Newsletters, "CHEIRON," of the Calgary History of Medicine Society (CHOMS) from the years 1997 to 2000.