Unlocking potential: empowering people of all ages with neurodevelopmental disabilities

When Kate McGuire was four years old, she began to worry that she would become separated from her family and lost in the world. In the washroom at home, she’d call out to her mother, Kristina, who was in the kitchen, to make sure she wasn’t home alone. A few minutes later, Kate would frantically check in again: “Mom? Are you there?!”

No amount of calm reassurance from her mom would temper Kate’s anxiety. Kristina attributed the worries in part to Kate’s previously diagnosed attention-deficit/hyperactivity disorder (ADHD) and, in larger part, to recent family stress around Kate’s little brother who had been born a year earlier with a severe congenital heart defect.

“Kate went through a tough developmental time when we were in the thick of things with Sam and lived for a while at Ronald McDonald House,” says Kristina, a neonatal intensive care nurse at the Peter Lougheed Centre. “All of that had a big impact on Kate’s psychological and mental health.” Indeed, Kate’s list of fears grew as time went on: tornadoes, a house fire, any amount of water on her face or clothing — literally anything outside of her own bedroom was upsetting and, often, terrifying, to Kate.

The family tried therapy and medication to no avail. Kristina began to suspect that Kate may have autism. It turns out she was right, but, she says, “the struggle of getting a diagnosis was pushed aside because there was so much happening in our family and there seemed to be more obvious explanations.”

Eventually, the McGuires were referred to a program that would change Kate’s life.

The research arm of the Facing Your Fears program at UCalgary is led by Carly McMorris.

Facing Your Fears is an adapted cognitive behavioural therapy program geared toward children and youth with autism who experience clinically significant anxiety. A collaborative effort funded by community donations to the Alberta Children’s Hospital Foundation, its key research arm is headed up by Dr. Carly McMorris, BA’06, PhD, an assistant professor at the Werklund School of Education at the University of Calgary and a member of the Owerko Centre at the Alberta Children’s Hospital Research Institute. She works alongside partners including Alberta Health Services and the Society for the Treatment of Autism to study and optimize the program.

As McMorris explains, Facing Your Fears helps children with autism who are at heightened risk of experiencing anxiety — often more crippling than the diagnosis itself. “Kids with autism aren’t just ‘worried,’ they are sometimes terrified to the point that, for instance, they’d kick a hole in the wall attempting to avoid the terror of getting into a shower or speaking to a stranger.”

Guided by a team of experts that includes psychologists, occupational therapists, as well as speech and language therapists, the 14-week program includes sessions and workbooks for both the parent and child, deep-breathing techniques, coping skills, and strategies for self-calming, as well as a reward system.

“Facing Your Fears met Kate where she was,” says Kristina. “It’s unlike anything else we’d tried.” The program gave Kate skills to identify and tackle her anxiety, starting with her fear of water. “Once she had tangible coping skills for that, she could relate them to other things.”

McMorris, who co-facilitates the program, recommended Kate take a drama class following her completion of the program to continue to develop her newfound ability to express herself to others. It turns out Kate loves drama and, in concert with ongoing school support for speech and social skills, she has learned to ask for what she wants and put words to what she’s struggling with.

“Kate’s lens is mysterious and unique to her,” says Kristina. “But Facing Your Fears opened her eyes and gave her language to express herself.”

The new Azrieli Accelerator — created by a $25-million gift from the Azrieli Foundation — will elevate and advance community-partnered research like McMorris’, fuelling programs and therapies that empower people of all ages with neurodevelopmental disabilities to live full lives.

Learn more about the Azrieli Accelerator 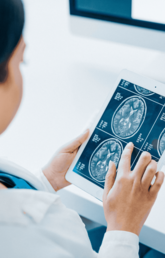 Introducing the Azrieli Accelerator: transforming neurodevelopment research across the lifespan 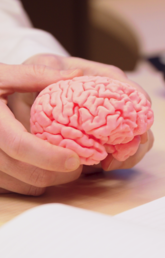 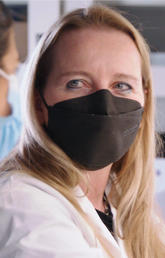 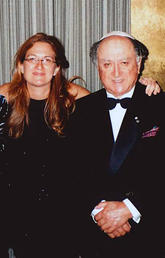 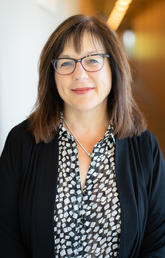 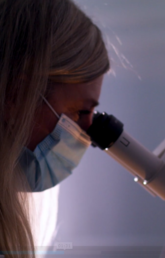 The story behind the launch of the Azrieli Accelerator

Sign up to join the conversation and receive updates on the Azrieli Accelerator as we prepare to launch working groups, programs and funding opportunities.