Canola is one of Canada’s most important cash crops, but there’s only so much suitable cropland where the plants can be grown. What if it were possible to modify the height and shape of canola, so more plants could be grown in the same amount of space — potentially increasing crop yield?

In a new study, a team of biologists in the Faculty of Science at the University of Calgary used gene editing to modify canola’s own genes, producing shorter plants with many more branches and flowers.

“We showed that gene editing actually works in canola, and simultaneously improved agronomic traits in canola by changing the plant’s architecture,” says study co-author Dr. Marcus Samuel, PhD, professor and Director of Greenhouse Operations in the Department of Biological Sciences, whose research group did the study.

Marcus Samuel in the Faculty of Science greenhouse.

“We were able to effectively induce such dramatic architectural changes in canola with one single gene,” says study lead author Matija Stanic, who did the research for his master’s degree. He is now doing a PhD, supported by a Max Planck Fellowship, at the University of Potsdam in Germany.

The “green revolution” that began in the 1960s used plant-breeding techniques to produce elite lines of crop plants, including rice and wheat, which were shorter, more compact, and thus able to better utilize nutrients and other inputs. But little work had been done on canola.

Canola and 'the green revolution'

“The gene editing technique we used was very precise and had some dramatic results in altering the shoot architecture of the plant,” says study co-author Neil Hickerson, who’s working on his PhD with Samuel. “With this approach, we have much greater potential to increase the yield of each plant.”

Dr. Rex Arunraj, PhD, a visiting scientist from the SRM Institute of Technology in Chennai, India, collaborated in the research.

This was the first time Samuel’s lab had attempted gene editing in canola, in this instance using a wild type strain of the plant.

The team targeted the gene BnD14, the receptor for a hormone called strigolactone. Previous research in an experimental model plant, called Arabidopsis (a cousin of canola) and in rice showed that shorter plants with increased branching had much less strigolactone or reduced ability to recognize this hormone.

“The gene editing is like a molecular scissors,” Stanic explains. “We engineer the plant to produce the enzymes required to do this little surgery in these genes.” This deactivates the signaling pathway that regulates development of some of the canola plant’s architecture, including height and branching.

After doing the gene editing, the team then was able to crossbreed the edited canola line to eliminate the DNA used for gene editing to obtain the edited strain of canola without any trace of foreign DNA. “Essentially, the plant is modified but the genes that are used to make these edits, or minor surgeries, are gone from the system. So you have a ‘clean’ plant that has been genetically modified to produce a shorter plant with more branches,” Stanic says.

Along with the potential to grow more canola on a given amount of land, shorter plants are less susceptible to “lodging,” when tall plants bend over at the stems near ground level due to heavy snow, hail or strong wind. Such crops are difficult to harvest, which can significantly reduce yield.

In their modified wild-type canola strain, the team was able to increase the number of branches to about 60 from the typical 20. They also increased the production of flowers by about 200 per cent, within the same reproductive period and lifespan of canola grown in Canada.

Typically, 40 to 55 per cent of canola flowers get pollinated and produce seeds, Hickerson says. So given that same pollination rate in plants with 200 per cent more flowers, “we could potentially see an increase in yield.”

Next steps: field trials, other crops

Samuel’s lab is now in discussion with Agriculture and Agri-Food Canada to do some field trials this year to confirm whether the new canola strain produces higher yield. The lab also is expanding its gene-editing platform into pulse crops, such as chickpeas.

Canola production contributes an estimated $27 billion annually to Canada’s economy and is associated with approximately 250,000 jobs.

Samuel says that because the new trait and architecture now exists in the modified canola plants themselves, with no need for further genetic engineering, it would be relatively easy to crossbreed the plants into an elite new line of canola for industry.

Notes Matija: “The problem for the whole world is to feed itself. As our population is growing and we’re running out of arable land, the key is to try to maximize our output per unit area of land.”

The team’s study was supported by the Natural Sciences and Engineering Research Council of Canada. 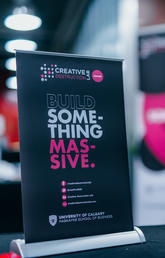 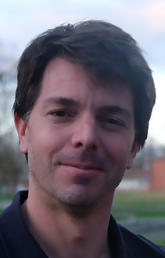 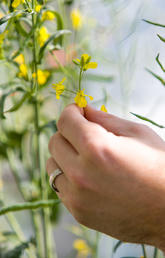 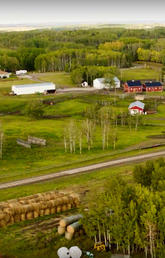 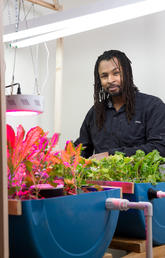