National Volunteer Week, April 24-30, is a time to thank Canada’s 24 million volunteers, some of whom at UCalgary truly embody this year’s theme, empathy in action

“Tell me about Pluto; tell me how a bird makes a nest; tell me about why I can’t eat more French fries; and, oh yes, what’s that trick you showed me in long division?”

Goundo Diarra grins and answers Wajeeha Umar’s non-stop questions — just as she has every Saturday for the past year. The recent UCalgary grad (BA’21), now taking her master’s in migration and diaspora studies in Ottawa, decided to volunteer at Connect Tutoring after seeing the toll the pandemic was having on families who were juggling working from home with their children’s educational needs. Focusing on English language arts (ELA) and math, Diarra now loads her hour-long session with worksheets, readings and quizzes that directly apply to the Grade 4 curriculum that Wajeeha is studying.

Connect Tutoring is a UCalgary affinity community that sprang into action “after seeing the negative impact that COVID was having on young students, especially those who were facing barriers to accessing additional supports and resources,” says volunteer co-ordinator Sara Cho, BSc’20, now a UCalgary master’s student in Community Health Services. With a stable of 25 volunteers matched with 25 students from K-12, Connect Tutoring’s growth was immediate and meteoric, with no plans to end.

For Wajeeha’s mother, Farzana Umar, this comes as a huge relief. When three of her four children were first sent home from school (Glamorgan, TLC) due to pandemic restrictions, she didn’t know how they’d cope. One child was on a phone, the other a MacBook and the third a Chromebook.

“They all had to be tuning in to D2L or Google Classroom first thing every morning and we had so many tech issues that, before long, I thought they were all falling behind,” says Farzana, adding she still can’t believe that all three of her girls were matched with “such smart, patient and organized tutors.”

For some, the connections go beyond textbooks and readings. “When Goundo went back to Mali to see her parents, she kept on tutoring Wajeeha, no matter the time-zone difference,” says Farzana, still in awe. Which is precisely why she dropped off food and presents to Diarra during Ramadan as both families are Muslim.

“I wanted to say thanks, a very big thanks to her. All our tutors have been such a huge help . . . I honestly hope the program never ends.”

Patricia Renderos agrees with that sentiment. The mother of three boys says she was most concerned last year about her youngest, Keven, who was rapidly sliding behind in ELA in Grade 5 as he ricocheted between school and online learning numerous times.

“My husband and I were working from home and just couldn’t supervise Keven all the time, who was spending too much time on video games and getting distracted,” she says.

Keven’s last mark in ELA was 81 per cent. “I went from a 55 to an 81,” says an ecstatic Keven, still incredulous. “I think it’s because she [Batool Almousawi] explains things so many different ways that, in the end, I get it. And she reviews things a lot until I really understand them.”

Of course, this doesn’t mean that Keven loves reading. Yet.

“But it is getting easier,” grins the 12-year-old, who’s now back at St. Albert the Great School [in SE Calgary] but hopes Batool will stick with him.

As for what a tutor like Diarra gains from volunteering, she replies in an email: “When a child has an 'aha!' moment . . . when you know they truly understand a concept you’ve been working through and can apply it in a real-life context — that’s a huge thrill.

“And I love seeing Wajeeha’s confidence increase in areas she was having difficulty with. It makes me enormously happy.”

Connect Tutoring is just one of 20 affinity communities (volunteer-led alumni groups) that UCalgary Alumni supports. Some, such as the Dinos Women’s Hockey Alumni Group and the UCalgary Gauntleteers Through the Years, are formed around shared interests and experiences. Others act as university-based faculty advisory councils, and then there are those based outside of Calgary such as Hong Kong’s 10-member UCalgary Alumni Association, as well as the chapter in San Francisco and the UCalgary Law Alumni Society in Toronto.

Affinity communities are officially recognized by the UCalgary Alumni Association and have access to a variety of benefits, including funding to support group initiatives, alumni swag, exclusive invitations and more.

Back on Zoom, Patricia, who works full-time as a computer drafter, admits she felt pressured and worried over how to make up for her son’s lost educational time.

“It’s hard to go through life and not give children the best we can,” she says, softly, picking her words carefully. “I am not talking about toys, but something that is good for their future — like education. It’s hard to find something that will help them be the best they can . . . finding this program and the fact that it’s free and then Batool, who is amazing; it’s been such a gift.” 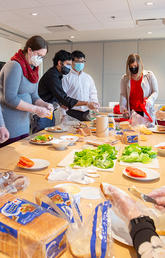 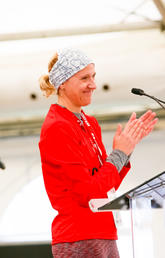 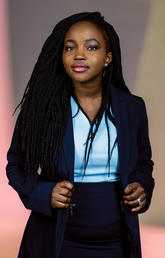 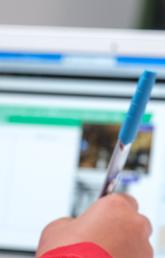 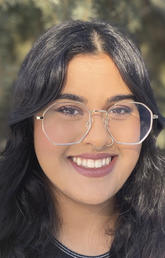