Keeta Gladue attempts to decolonize Disney princesses, while Byanca Nimijean talks about the importance of speaking up when it matters

It’s a day before the big show, and there’s no way Keeta Gladue is going to spill the beans.

“Oh-ho, so you want the secrets in the sauce before the meal is served?” She laughs. “I don't think so. I think I can give you the title of my talk, which is Decolonizing Disney Princesses.

"If Disney means as much to you as it does to me, or if you're interested in digging into how Indigenous Peoples have been sort of held out or held apart from other places, I think you’ll like this talk. So, yeah, we're going to talk princesses, but we're going to do it in a way that might change the world. I don't know. Maybe. Could be.”

As the title suggests, Level Up: BIG ART at the Drive-In was a fun way for people to take in the TEDx event while remaining socially distanced, as the talks were projected on screens around Telus Spark.

Remarkably, the event featured another social work student. Fourth-year undergraduate Byanca Nimijean spoke about how her “hard, scary and seemingly impossible” journey through the justice system led to her reclaiming her voice.

According to her TEDx description, “This experience sparked a passion for social justice and led her to act as an advocate for others. Believing each of our voices is loud, fierce and empowering, Byanca will share what speaking up can take, and, more importantly, what it can give back.”

Byanca Nimijean spoke on how her personal experience in the justice system sparked her interest in social justice and finding her voice.

The power of story

For her part, Gladue used humour and her passion for pop culture (and Disney princesses) to dig into some difficult and complicated truths in our society. For her the theme of Level Up fits in well with the social awakening that has been happening in Canada and the U.S. following the death of George Floyd.

“You can see that all around the world right now. When we say things like, ‘Black and Indigenous lives matter,' and we start giving the statistics and people are like, 'What? I didn't know that!’ Every time someone says, 'I didn't know that!’ we're exposing a story that wasn't shared that is life and death for certain people but is completely unknown for others.”

TED in the time of the apocalypse

As an Indigenous person (her family is from both the Sucker Creek Cree Nation and the Métis Nation) Gladue says that narratives — stories — are very important to her. And she’s very good at telling them and connecting.

Still, when a TEDx curator asked her if she wanted to do a TED Talk, she didn’t believe it at first. “I laughed. I was like, ‘Yeah, I've also thought about winning the lottery regularly.’  And they're like, 'No, no, no. Would you be interested?' And I said, 'Yeah, yeah, yeah, yeah, I'd be interested, I think…' 'Are you...?' 'Yeah? Okay!'”

Like everything else, COVID-19 also changed the way TED events are held. Instead of filming in front of a big theatre with thousands of people, Gladue filmed her event in front of about six face-covered people. That doesn’t mean it wasn’t nerve-racking as she stood on the “big red dot” and had to nail her talk in a single take.

“Humour is a part of who I am and how I tell stories,” she says. “It's how I authentically connect with people. So to tell stories in a room where everyone's wearing masks … you can't see their face… they’re not really supposed to laugh because that can kind of mess up the recording and you're just like, 'Oh gosh, I hope this is actually funny or actually interesting or actually impactful.'

"It's like if you make a joke in a void, is it still funny? That's the question that I think anyone who's been trying to connect with people on Zoom can also appreciate. So yes, TED in the time of the apocalypse was interesting. But I did receive my piece of swag, which was a TEDxYYC mask — red — and I thought that was pretty perfect!”

For her part Gladue is thrilled to have had the opportunity. “I am so grateful and humbled for the experience. There are so many incredible storytellers and ideas that are out there, and I'm humbled that I was able to share mine.” 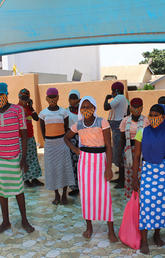 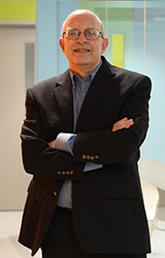 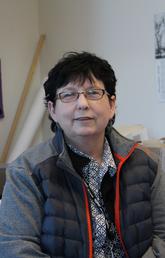 Artwork project helps parents of kids with mental health issues answer the question, ‘Am I enough?’ 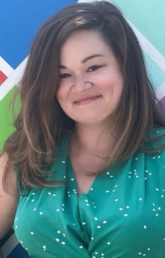 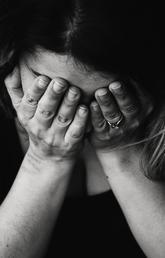