The Graduate Students’ Association (GSA) hosted its 2020 general election March 9 and 10 with nine candidates running for four of the five executive positions and the AVP Labour position.

The GSA would like to congratulate Tanille Shandro, MSc student in biophysical chemistry, elected as the incoming president of the GSA. Shandro says she looks forward to meeting many graduate students across all faculties and working with the newly elected executives to make sure all the needs and concerns of graduate students are heard at the university and at the provincial and federal levels.

The newly elected officials are excited to represent the graduate student body at UCalgary in the next academic year. Christine Cao, the vice-president external-elect, comments that it will be an interesting time for student advocacy and that she is ready to take on the challenge and deliver on her campaign promises.

The GSA also hosted the associate vice-president (AVP) labour election during the same period and saw a 13.7 per cent voter turnout. Brit Paris was elected as the AVP labour for the second year in a row and is excited to continue her work in advocating for graduate student employees and building capacity for self-advocacy within the student body.

The by-election for the vice-president finance and services will be hosted in April 2020 and will be announced to all graduate students later this month. The newly elected officials will be sworn into office at the April Graduate Representative Council meeting to start their new term.

The GSA would like to thank all graduate students who took the time to vote and our outgoing executives, Mohammad Mansouri, Marcela Lopes, Mohamed Abdelsamie, Basem Halawa, and Mina Iskander, for their dedication to graduate student community during their service term. 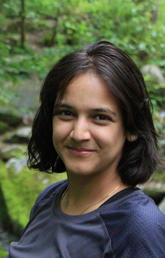 What I wish I knew: Getting started in grad studies 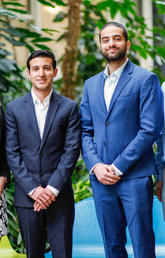