If Keith Yeates had followed through with his initial career plan — to become a lawyer — the world would have missed out on one of the leading researchers of our time in the field of paediatric traumatic brain injury and concussion.

“Careers often don’t turn out as planned,” says Dr. Yeates, PhD, RPsych. “I offer this advice to my trainees so they’ll be open to the unexpected and willing to pursue a broad range of course work.”

As one of five outstanding University of Calgary professors receiving the Killam Annual Professorship for excellence in research and teaching this year, Yeates is as deeply committed to making an impact on the training and careers of his students as he is to advancing health outcomes through his scientific research.

“I encourage trainees to be open to unforeseen opportunities, because I’ve had many instances of serendipity in my career, where prospects I didn’t expect and wasn’t looking for came along. And when I took advantage of them, I discovered they were interesting and exciting paths to take. If you get too focused on your own plan, you might miss some really interesting experiences,” he says.

The most highly published author in his field over the past decade, Yeates has published 265 peer-reviewed journal articles, written 42 book chapters, and edited or co-authored five books. His research has influenced the clinical care of childhood brain disorders, particularly traumatic brain injury (TBI), by helping to increase knowledge about brain-behaviour relationships and how they can be affected by brain disorder or injury in children. Yeates’s research has also influenced the care that children and their families receive after acquired brain injuries.

As an undergraduate, Yeates was convinced he was heading to law school, but his interest in psychology ultimately led him to obtain his Master of Arts and PhD in clinical child psychology at the University of North Carolina, Chapel Hill.

“By luck and circumstance I wound up with a fellowship in developmental intervention, and that’s where my interest in working with kids was sparked,” Yeates explains. “I didn’t really know what neuropsychology was until I began my clinical internship, when I was fortunate to have a very influential mentor — Dr. Jane Holmes Bernstein — who ran the neuropsychology program at Boston Children’s Hospital.” (Neuropsychology is defined as the study of the relationship between behaviour, emotion and cognition on the one hand, and brain function on the other.)

He has been recognized with a number of honours and awards, and was especially proud to deliver the Jane Holmes Bernstein Lecture at Harvard Medical School, a lecture named after one of his most influential mentors, with whom he has a close friendship today.

On receiving the Killam Annual Professor award, Yeates says he is incredibly honoured. “Recognition by one’s peers is extremely rewarding, especially being considered in the same company as the impressive list of current and previous award winners.”

Overall, he says he is most gratified to make a difference in people’s lives through research, teaching and mentoring. He adds that he is thankful for the support he has received from the Ronald and Irene Ward Chair in Paediatric Brain Injury, the Alberta Children’s Hospital Foundation, Alberta Children's Hospital Research Institute and the Hotchkiss Brain Institute. “Their backing has allowed me to further my research programs, and support the efforts of some newer investigators and trainees.”

Passion for research and teaching is the secret to his success

Yeates thoroughly loves his job, and says his biggest challenge is choosing what to give up when there is too much on his plate. As for the favourite part of his job? “Being able to move between many roles: research and clinical research, teaching, mentoring, and leadership. I love all of it, and happy that I’m never doing just one thing.”

He is committed to helping his trainees figure out what they most like to do, and then supporting them in launching or continuing their careers — whether that be in research, clinical work, industry or running their own business.

“In addition to the rewards of mentoring others, to also have the opportunity to affect clinical care and policy leading to improved quality of life for kids through my research — I have the best job in the world.”

Mentorship impacts the success of his trainees

Brimming with enthusiasm for all areas of his work, Yeates says he enjoys being continually challenged by and learning from his students, and feels fortunate to mentor some extremely exceptional trainees — now and over the years. “It’s easy to watch them have success in their careers when they are strong to begin with. I’m lucky to be part of helping them along.”

Dr. Taryn Fay-McClymont, PhD, RPsych, is a paediatric neuropsychologist at the Alberta Children’s Hospital and was one of Yeates’ graduate students. “I think most importantly, he has taught me to value work/life balance and to make realistic goals and stick to them — something often left out of academic mentorship. As a champion of gender equity, he quietly models this behaviour, encouraging women colleagues to demand the same respect and recognition as their male peers. Keith is a great leader and challenges trainees to work hard, pushing them to discover new strengths and skills, helping to instil a feeling of pride and accomplishment.”

“I am always so proud to tell people my supervisor is ‘the’ Keith Yeates,” says Christianne Laliberté Durish, MSc, PhD candidate, Clinical Psychology, Faculty of Arts. “This is not only due to his esteemed contributions to paediatric neuropsychology, but mostly due to the fact that being a mentee of Dr. Yeates means I, too, have the potential to be great. He has always made mentorship to me a top priority. I owe a great deal of my success to him.”

“Keith’s dedication and support of my career goals has been outstanding,” says Dr. Ashley Ware, PhD, a postdoctoral fellow in Yeates’s lab. “His willingness to provide me with additional training and technology to complete my projects has increased my skill set ten-fold. I have never felt so supported by a mentor.”

While he plans to continue working and actively participating in research, teaching and lecturing — locally, nationally and internationally — one of Yeates’s long-term goals is to ensure UCalgary’s Integrated Concussion Research Program (ICRP) flourishes and thrives beyond his tenure.

Led by the HBI, Brain and Mental Health is one of six strategic research themes guiding the university toward its Eyes High goals. The strategy provides a unifying direction for brain and mental health research at the university and positions researchers to unlock new discoveries and treatments for brain health in our community. 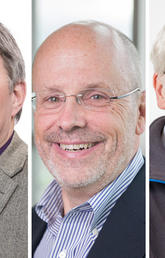 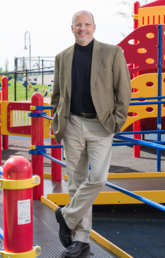 In the News: The Globe and Mail

New concussion guidelines for children could change practices around the world