Six questions with the new chief of Campus Security

Brian Whitelaw talks about doing serious police work in a tuxedo, why he quit his PhD program, and what’s important to campus safety and security

Brian Whitelaw joined UCalgary as the chief of Campus Security less than a month ago, but he’s been training for the role for 35 years. After retiring from the Calgary Police Service as an inspector eight years ago, he became the superintendent overseeing Calgary Transit’s Peace Officer Program.

The UCalgary alumnus took time out from his duties so the campus community could get to know a little bit about him.

Q: What is your history with UCalgary?

Then I had this crazy notion that I should work on my PhD while working full time with Calgary Police Service. When the take-home exam for Management Statistics took me about 40 hours to finish, I realized something would have to give if I was going to be successful, so I did not complete my PhD. I did pick up a few certificates along the way though … I would say I am a continuous lifelong learner.

Q: What was your specialty when you worked as an undercover police officer early in your career?

A: I was a member of the Strike Force Unit, which still exists today. I worked on major crimes, such as homicide and drug conspiracies and did undercover surveillance to gather evidence on international suspects and suspects of very serious offences. I was kind of hopeless at buying drugs while undercover — I was called a “narc” more than once — but I could mix in quite well with high-end types of events like, say, a black tie affair for an organized crime group.

Q: How did you see Calgary transit become safer while you were a superintendent overseeing Calgary Transit’s Peace Officer Program?

A: One significant way Calgary Transit is getting safer is by implementing the principles of crime prevention through environmental design (CPTED) — we use these principles here at UCalgary as well. Basically, they are “designing out” opportunities for crime and disorder in Calgary LRT stations. That means a lot of glass and good visibility. I also increased the organization from 44 peace officers to 101, hired a crime analyst, brought in a safety text line and implemented an evidence-based approach to crime and disorder on the transit system.

Q: What are your first impressions of the UCalgary campus from a security perspective?

A: Right away I observed that the delivery of security services at UCalgary is not siloed, but distributed as a shared responsibility. I hear the term “community” used often — it seems to be embedded in the language and the culture of the university. When you conceive of the environment as a community then you have 40,000 community members with an interest in keeping the community safe and secure.

Q: What have you learned from authoring multiple textbooks and articles on the topic of law enforcement?

A: Writing is an opportunity to really immerse yourself in a topic and develop a much deeper understanding, which is necessary to create something that is detailed, accurate and inspiring.

My writing is interconnected and all part of one public safety model — writing has really revealed for me the connections that exist between my work as a police officer, a peace officer and in security.

A: Shawshank Redemption, because it’s about the power of the human spirit to keep surviving in adversity. 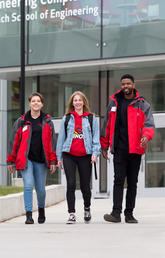 Check out five ways to stay safe and well at UCalgary 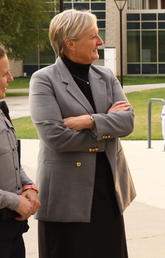 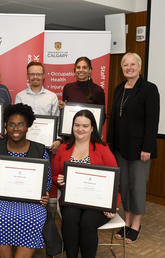 A look back at Safety and Wellness Week 2019 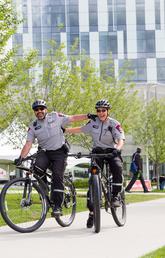