Jen Allford, for the Office of the Vice-President (Research)

Dr. Sabrina Perić, PhD, has received a $25,000 award from SSHRC Partnership Engage — the maximum grant under the program — to help design a community-based data sharing protocol for a long-running study into wildlife changes on the traditional territories of the Kluane First Nation, in southwestern Yukon.

Perić, associate professor in the Department of Anthropology and Archaeology in the Faculty of Arts, is involved in the Dän Keyi Renewable Resources Council’s (DKRRC’s) Wildlife Observations Project (WOP). The Yukon project started in 2013 and is collecting one of the largest community-based datasets into environmental change in the Arctic and sub-Arctic. It documents change in vegetation, wildlife migrations and waterways, and includes interviews, wildlife journals and camera trapping.

“It's been an incredible resource for tracking climate change in the North,” says Perić. “Circumpolar regions are the fastest changing regions in the world, and they’ve become a canary in the coal mine for how climate change is going to affect the rest of the world.” As more scientific knowledge is incorporated into broader climate change policy, more organizations are asking for Northern data, including DKRRC’s WOP.

Yet, there is also “an increasing call” from Indigenous and northern communities to “assert authority over their own data,” says Perić. Communities want to ensure they have access to their own information and that the data is not misused.

“There's been a big push to develop data governance protocol that respect Indigenous approaches to data and Indigenous rights,” she says.

One of the reasons why data sovereignty is so important is because it's traditionally been denied to Northern communities.

Southern scholars have long researched changing Arctic and sub-Arctic environments. “Settler researchers have come and done research in the North and taken this data away, and communities never see them, they aren't able to use this data, it doesn't become actionable to them in decision-making around policy,” says Perić. “A lot of this is due to the ongoing settler colonial structure of universities and the way that most research is done.”

Perić will spend a year working with the DKRRC on a community-based research project about data sovereignty of local and traditional knowledge. Jointly, they will engage in further research, host workshops and create the data sharing protocol.

“A lot of the research is going to be focused on seeing what community members want and realizing that a lot of management protocols that are used in the South are really inappropriate in the North,” she says. Storing large data sets in the cloud, for example, is not ideal for the North with slow, satellite-based internet.

Further, people in the North don’t always want their data online for public use. “A lot of Northern communities have a problem with that,” she says. “People have misused data that was taken from them, so they don't necessarily want all this data to be available online for just anyone to analyze.”

When the data protocol is developed, it could be used in other Northern and Indigenous communities around the world, places with their own distinct needs. “Communities could look to one another for a data governance model,” says Perić, “rather than to other Southern or Western institutions that may not be appropriate at all for a Northern setting.”

ii’ taa’poh’to’p, the University of Calgary’s Indigenous Strategy, is a commitment to deep evolutionary transformation by reimagining ways of knowing, doing, connecting, and being. Walking parallel paths together, ‘in a good way,’ UCalgary is moving toward genuine reconciliation and Indigenization. 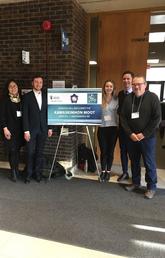 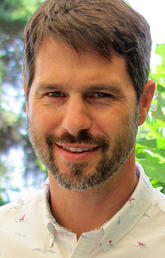 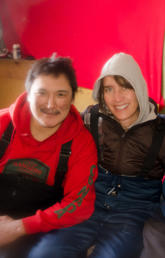 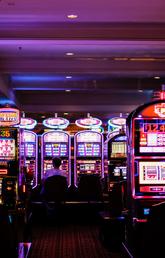 Researcher sees how casinos can become 'windigos' for Indigenous communities 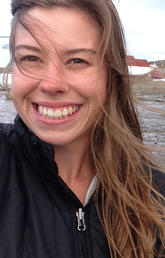