Christine Friedenreich named a Fellow of the Royal Society of Canada

Christine Friedenreich named a Fellow of the Royal Society of Canada

Christine Friedenreich will be inducted into the Royal Society of Canada on Nov. 22

When Dr. Christine Friedenreich, PhD, started looking into exercise as a factor in cancer prevention and control in 1993, some oncologists were skeptical. Others were outright hostile. But in the decades since, with dozens of trials, hundreds of papers and about 12,000 citations, Friedenreich’s research is helping countless people.

She will be inducted into the RSC at a ceremony in Ottawa on Nov. 22 and she’s looking forward to learning more about how she can contribute in her new role. “I'm also a Fellow of the Canadian Academy of Health Sciences where there are opportunities to work on different committees and advisory reports and to help with advocacy for topics in science and medicine. I believe that the Royal Society will be something similar to that,” says the member of the CSM’s Charbonneau Research Institute.

“Dr. Friedenreich’s career merits great distinction, and we are thrilled that she has been named as a Fellow of the Royal Society of Canada,” says Ed McCauley, president and vice-chancellor, and Fellow of the RSC. “Her leadership in cancer research is innovative, life-changing work, and we are tremendously proud of her accomplishments.”

After the 2019 cohort has been formally inducted, there will be 69 active Fellows at the University of Calgary.

Friedenreich’s enormous body of research is being used to develop physical activity guidelines for cancer prevention, rehabilitation and survival for people around the world. Her work is creating change that will decrease cancer rates, improve quality of life and increase survival. Agencies including the World Health Organization, the World Cancer Research Fund/American Institute of Cancer Research, the American College of Sports Medicine, and the Canadian Cancer Society all now recognize that physical activity plays an important role in preventing cancer as well improving coping, rehabilitation and survival during and after treatment.

Yet, when she started in the field there was “a lot of fear” about over-stressing people being treated for cancer. After a few studies that she led with Dr. Kerry Courneya, PhD, at the University of Alberta showing that exercise was indeed safe and beneficial, Friedenreich and her colleagues started exploring how much and what type of activity made a difference.

“We methodically, step by step, built up the evidence. Now, we've been involved in establishing guidelines for cancer prevention, but also for cancer survivorship, and what exactly can be recommended  to patients during and after treatment,” she says. “It's a wonderful feeling because we went from open hostility to total acceptance.”

She’s also pleased that her work is helping individual people feel more empowered about their health. “Cancer is something that a lot of people are very scared of, and so this is a way of saying, ‘Okay, you can help reduce your risk of developing cancer while also reducing the risk of many other chronic diseases and improving your mental health.’” says Friedenreich. “Being physically active is a good thing for many reasons. It allows people to take control, and loss of control is a big thing with cancer. So having contributed to making the role of physical activity in cancer control widely accepted worldwide gives me enormous satisfaction about the impact of my research.”

Nominations for Fellowship in the Royal Society of Canada close Dec. 1, 2019. The Royal Society is the recognized pre-eminent body of independent scholars, researchers and creative people in Canada whose Fellows comprise a collegium that can provide intellectual leadership for the betterment of Canada and the world. Election to Fellowship in the Society is the highest academic accolade in Canada that is available to scientists and scholars. Nominations must be made by a current Fellow and two co-nominators, of which at least one must be another Fellow. To learn more about the awards and how to nominate a scholar, visit the Research website. 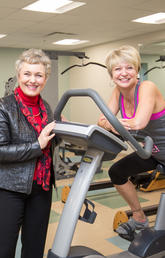 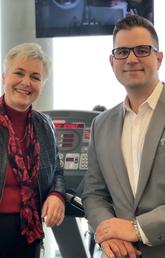 Excess weight expected to become 2nd leading preventable cause of cancer, after tobacco