Canada has an edge when it comes to future research

During the development of a new report examining the state of cannabis research in Canada, University of Calgary researchers learned from their own team.

The report, created for the Mental Health Commission of Canada (MHCC), examines the scope of cannabis and mental health research, looking at published literature to assess what’s known, what the focus of research has been, and what areas researchers can follow up on in the future.

One finding in the report, launched this week, was a lack of multi-disciplinary and collaborative approaches amongst scientists.

“One of the things I loved about this report is we were able to pull together a really multi-disciplinary team,” says Fiona Clement, PhD, an associate professor with the Department of Community Health Sciences, and director of the O’Brien Institute’s Health Technology Assessment (HTA) Unit, the group responsible for leading the report. Clement, whose primary focus is on health services research, was joined by a neuroscientist, a pre-clinical animal scientist, a psychiatrist, epidemiologist, and public and population health researchers.

“To be able to bring those different perspectives to this very big volume of literature was rewarding, to kind of learn from each other, and learn how we think about different issues,” she says.

Stepping out of research silos

Gaps in Canadian cannabis research to date include an absence of lived experience, resulting in a lack of understanding of why people use cannabis, and limited information on how people use it and how often.

“There weren’t a lot of well-controlled cohort studies that track people across time and try to understand variables,” said Dr. Matthew Hill, PhD, who brought his experience studying the brain’s endocannabinoid system to the report.

Hill, an associate professor in the departments of Psychiatry, Cell Biology and Anatomy, and member of the CSM’s Mathison Centre for Mental Health Research and Education in the Hotchkiss Brain Institute, said the existing body of research generally looked at people as either cannabis users or non-cannabis users, with little exploration of the space in between.

“It seems to be an unrefined way to do things, especially when we think of the policy implications that are associated with those studies,” he says.

Historically, research has focused on general psychiatric illness, though researchers hypothesize that cannabis interacts differently with every mental health disorder. Researchers also found that existing literature primarily focuses on the harms cannabis can have on mental health — rather than an overall look at the substance’s interaction with mental health.

But a number of opportunities for cannabis researchers were also identified.

Both Canada and the U.S. have extensive and accessible data, allowing for in-depth analysis. There are also existing research groups in Canada that are examining the intersection of cannabis use and mental health.

When cannabis was illegal in Canada, scientists faced a number of research challenges. It was harder to access, and there were ethical concerns about asking people about their use.

But as of Oct. 17, 2018, the landscape changed. Clement says that sets the stage for Canada to become a leader in cannabis research — with more research dollars, possible partnerships with industry, and differences in self-reporting.

“We just have a very natural competitive advantage now, to be able to really lead this field, and on the flip-side of it, we have a social responsibility with being the first major western country to legalize cannabis,” Clement said.

“The MHCC is pleased to have worked with the University of Calgary to release this new report, which lays the foundation for us to better understand the relationship between cannabis use and mental health. The results of this report will help inform and set new research priorities in Canada,” Mantler said.

The full Cannabis and Mental Health: an Environmental Scan and Scoping Review report is available here. 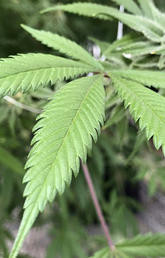 Cannabis: Misinformation about CBD can be life-threatening 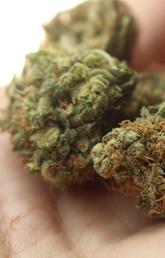 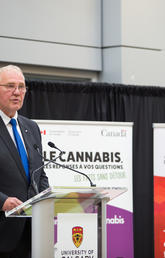 Watch your mouth when talking about mental health