An estimated 35,000 Canadians experience cardiac arrest each year when their hearts stop beating suddenly. Fewer than 10 per cent of these people survive.

About 20 years ago, with the escalation of genetic research, scientists began discovering the root cause of these deaths.

They started off by studying mutations of the ryanodine receptor 2 (RyR2), a large ion channel protein found in heart cells that controls the heartbeat. Scientists linked these genetic mutations to a deadly cardiac arrhythmia called catecholaminergic polymorphic ventricular tachycardia (CPVT).

Because of the high risk of sudden cardiac arrest, individuals with mutations of the RyR2 are routinely tested for CPVT, which is relatively easy to diagnose through standard exercise stress testing and can be effectively treated with medication in most instances.

Unfortunately, some individuals with RyR2 mutations who test negative for CPVT may also be at risk of sudden cardiac arrest. The cause of this paradox has remained a mystery until now.

“Sometimes people die suddenly, and doctors can’t explain the cause,” says Chen. “That’s because they have loss-of-function RyR2 mutations, which cause a new cardiac arrythmia syndrome.”

The team has also identified a diagnostic test and two drugs, which are already in use, with potential to manage individuals with this lethal cardiac disease.

The Chen lab at the Libin Cardiovascular Institute worked with numerous arrhythmia centres around the world on this new disorder, termed RyR2 calcium release deficiency syndrome (CRDS). To date, Chen’s team has identified at least 20 loss-of-function RyR2 mutations associated with CRDS. The work, conducted in mice, is published in Science Translational Medicine. Drs. Bo Sun, PhD, Jinjing Yao, PhD, and Mingke Ni, PhD, students of Chen, are the first authors on the study.

Dr. Henry Duff, MD, PhD, a cardiologist and researcher at the CSM, is impressed with the study, noting the experiment could be repeated in human trials, a critical step on the journey to developing therapies to prevent cardiac arrhythmias and sudden death.

“This study provides a stimulation protocol that might be useable in humans to uncover the propensity to arrhythmias and likely sudden death,” he says.

Unusual electrical patterns in the heart

Dr. Robert Rose, PhD, a researcher at the CSM and a member of the Libin Cardiovascular Institute, assisted in the study. Using specialized optical equipment, the lab mapped the unusual electrical patterns in the heart associated with the newly identified syndrome.

He said the study offers hope for individuals with the mutations who may be at risk of sudden cardiac death.

“This is a highly novel and highly important study,” says Rose. “The attention on ryanodine receptor mediated arrhythmia has been mostly on conditions in which the receptor is overactive. This study identifies mutations that work in a very different way, providing new insight into causes of sudden cardiac death.”

Dr. Satish Raj, MD, the medical director of the section of cardiology that specializes in problems in the electrical system of the heart, says although life-threatening arrhythmias are relatively uncommon, when they occur, they are devastating.

"We know that people do die suddenly, and that there may be genetic risks. Not knowing why can be very scary. These are early days, but this study points to more causes that we can look for, and hopefully treat in a targeted way," he says.

“We are very proud of this,” says Chen. “We have identified a new mechanism, a new diagnosis and a potential treatment for a deadly syndrome. These discoveries will fundamentally change the diagnosis and management of these patients and their families, potentially saving lives.”

Members of Dr. Wayne Chen's lab, Dr. Mingke Ni (below left), Dr. Bo Sun (below middle) and Dr. Jinjing Yao (below right), were critical to the success of this project. 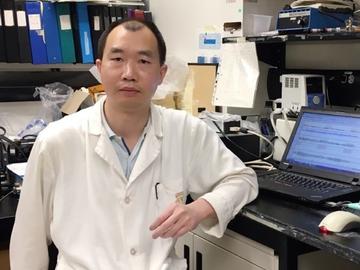 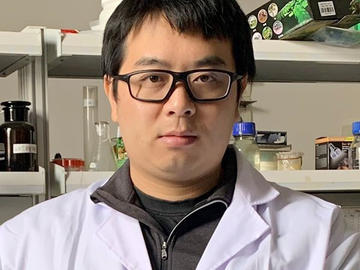 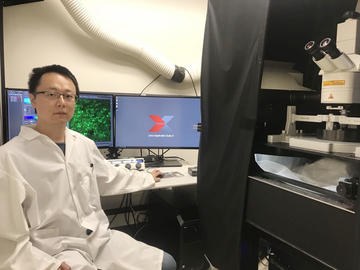 This work was supported by the Canadian Institutes of Health Research, the National Natural Science Foundation of China, the Spanish Ministry of Science Innovation and Universities, the Royal Netherlands Academy of Sciences, the E-Rare Joint Transnational Call for Proposals 2015 "Improving Diagnosis and Treatment of Catecholaminergic Polymorphic Ventricular Tachycardia: Integrating Clinical and Basic Science”, the European Research Council Grant “EU-rhythmy”, the Novo Nordisk Foundation, Denmark, and the National Institutes of Health.

Bo Sun and Jinjing Yao are recipients of the Alberta Innovates Fellowship Award.

Robert Rose is a professor in the CSM’s departments of Cardiac Sciences and Physiology and Pharmacology and a member of the Libin Cardiovascular Institute.

Satish Raj is a professor in the CSM’s department of Cardiac Sciences and a member of the Libin Cardiovascular Institute. 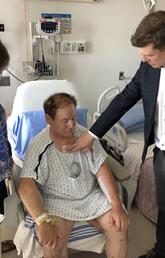 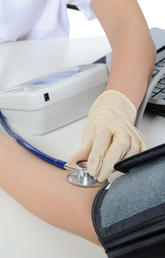 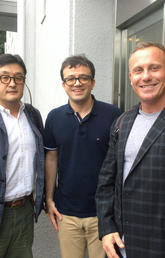 Why healthy communities may equal a healthy heart 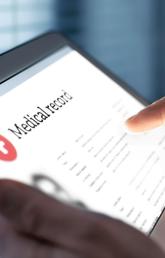 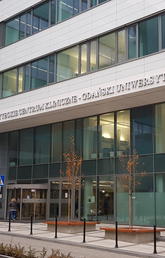 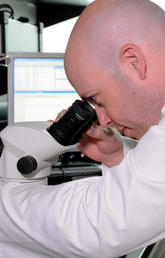