When Chantel Bahan had her first child, a boy, he surprised her by arriving a few months early. Pregnant with her second child four years later, Chantel knew it was possible she would deliver early again.

“We welcomed our second child, Holly, 16 weeks before she was due. It was an experience tinged with both joy and fear for the road ahead,” Chantel says. Now
a family of four with her husband and son, Chantel knew her daughter faced a long stay in the neonatal intensive care unit (NICU) at Foothills Medical Centre in Calgary.

“We knew a baby’s NICU stay can be a rollercoaster ride for the family — ups and downs, triumphs and setbacks,” she says. So when she was first approached
by a research assistant asking if she would like Holly to take part in a new probiotics study for low birth weight infants, Chantel hesitated. “I couldn’t bear the thought of my baby daughter dealing with anything else after what she had been through,” she says. “To be honest, there were moments when we didn’t know if she was going to make it. There were some extremely difficult days for our family.”

Once she learned more about the study and how it could benefit babies like Holly in the future, Chantel decided to take part.

Unlocking mysteries of our microbiome

Preterm babies are also at a higher risk of infection and exposed to more antibiotics. It’s challenging for an optimal set of microbes to set up in a premature baby’s gut and improving their gut microbiome is needed.

With this aim, a team of clinicians and researchers developed the Probiotics for extremely low birth weight infants study.

This is just one example of the research being done at the International Microbiome Centre (IMC) by researchers with the Snyder Institute for Chronic Diseases. Opened in 2017, researchers are using the IMC to investigate the microbiome of people, plants, animals and the physical environment.

Through projects such as the one Holly and her family are involved in, the IMC is positioned to significantly advance microbiome research and potentially impact
global health for many years.

The goal of the study is to recruit 60 patients who, like Holly, are born weighing less than one kilogram. They are placed into two control groups — one is given probiotics and one is not.

Researchers and clinicians are following them, during their time in the NICU and for the first year of their lives, to learn more about the effect of the probiotic on certain health outcomes.

Once the families agree to participate, the babies who get probiotics are randomly selected. Researchers take stool samples from the babies and monitor things like infection, use of antibiotics, what they are fed and how they grow.

Once discharged, scientists monitor things like wheezing, coughing, skin reactions and food allergies that might determine the effectiveness of the probiotics.

"This group of patients are not well addressed in literature,” says Dr. Jumana Samara, MD, a study co-investigator. “We want to know how giving probiotics after they’re born changes their gut microbiota and how these changes in the microbiota might affect other health issues as they get older.”

Although some probiotics can change microbiota and stabilize microbial communities, there is conflicting evidence about which are effective. And very little is known about how they change the microbiome when given so early in life.

“By monitoring these babies’ symptoms over the course of their first year, we hope to better predict if these microbiota changes make them develop certain diseases like asthma and allergies. We want to see if there is a difference between those that received the probiotics and those that didn’t,” Samara says.

The future of health

“If you meet my first born, Lukas, you see a thriving four-year-old boy who is full of energy and personality. If you didn’t know his whole story, you would never guess he spent the first months of his life in the NICU,” says Chantel.

“We’re so grateful for that. And I have the same hope for my daughter Holly.”

For the researchers and clinicians involved, meeting Holly represents the beginning of a journey they believe will eventually lead to new discoveries in precision medicine for low birth weight infants.

“Once there is a discovery, it will open a door to more questions. We anticipate this study will help us evaluate if we are moving in the right direction,” says Samara.

Dr. Jumana Samara, MD, is an affiliate of the Royal College of Physicians and Surgeons of Canada in Neonatal Perinatal Medicine. She is currently a student in the Master of Science in Microbiology and Infectious Disease program at the University of Calgary.

Dr. Marie Claire Arrieta, PhD, is an assistant professor in the Department of Physiology & Pharmacology and member of the Snyder Institute for Chronic Diseases and Alberta Children’s Hospital Research Institute at the CSM. Drs. Arrieta and Samara are co-investigators in this study along with Dr. Belal Alshaikh, MD, and Dr. Harish Amin, MD. 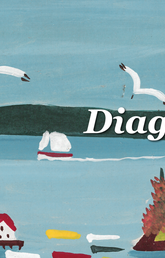 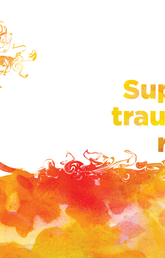 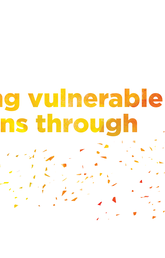