A federal announcement Aug. 16 by Women and Gender Equality (WAGE) Minister, Hon. Maryam Monsef, outlined the importance of involving and mobilizing men and boys in the fight for gender equality and to stop gender-based violence.

The announcement, which awarded $562,000 to five organizations, reflected nation-wide consultation and research led by the Government of Canada and by University of Calgary, Faculty of Social Work professor Lana Wells, the Brenda Strafford Chair for the Prevention of Domestic Violence, and leader of SHIFT: The Project to End Domestic Violence.

Among the five recipients named at the McMahon Stadium press conference was a group called Next Gen Men, who partnered with Wells and together received $125,000 to build networks and spaces for pro-feminist male leaders to engage among themselves and with feminist/women's organizations on gender equality-related issues.

“We are very excited about this partnership and that funding is going towards building a network of pro-feminist men that are already trying to advance gender equality and equity throughout Canada,” says Wells, who joined Maryam Monsef on stage for Friday’s announcement.

The new project reflects findings from research that Wells and Dr. Sarah Fotheringham conducted earlier in the year that focused on understanding the experiences and motivations of pro-feminist male-identified gender equality advocates in Canada.

Wells says SHIFT will work with Next Gen Men on creating a national network and help to find solutions to other barriers identified through the research.

“With this funding,” says Wells, “we will tap into the existing architecture of pro-feminist men across Canada. Our research found there are a small number of men who have become public advocates for feminism, gender equality and stopping gender-based violence. And many of them we talked to shared that they are feeling isolated and are experiencing burn-out due to lack of resources and support.

“They talked about really wanting to connect with other men to share ideas, to build relationships and to advance the field of practice. So, this is going to be an opportunity to bring those men together and connect them to build a movement.”

The other recipients of Friday’s  $562,000 announcement included three other organizations: the  Alberta Council of Women’s Shelters, ($212,000 Safe Grey Cup campaign), Catalyst Canada ($100,000 for programs that encourage men to “interrupt sexism in the workplace,”) and FOXY ($125,000 programs for Indigenous youth in the Northwest Territories). 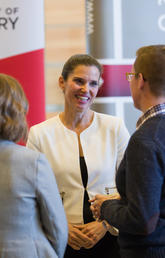 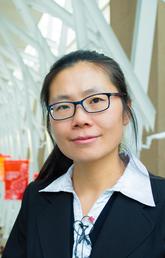 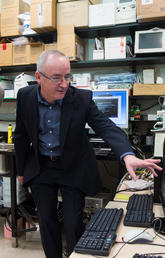