Ervin Malakaj on Wilhelm Raabe and the Crisis of Narration

Dr. Ervin Malakaj, newly appointed assistant professor of German Studies at the University of British Columbia, visited the University of Calgary on November 23, 2018, to discuss his research with graduate students and faculty members. Dr. Malakaj’s main activities on campus included a workshop presentation on the emerging culture of stardom in German Weimar-era cinema as well as a research talk on nineteenth-century writers’ response to the new existence of a literary market.

In the morning, Dr. Malakaj discussed a paper on Weimar film culture with the LRC Literary and Cultural Studies Working Group. In his paper, Dr. Malakaj analyzes the work of Marianne Raschig, who, in the 1920s, filled a column in a German film magazine with palm readings of well-known actors. As became clear from Dr. Malakaj’s paper and the ensuing discussion, these palm readings are, more than merely a curiosity of film history, a theoretically and historically important focal point at which a range of different cultural and aesthetic traditions intersect.

In his talk in the afternoon, Dr. Malakaj focused on the German nineteenth-century writer Wilhelm Raabe and explained how Raabe’s growing frustration with the demands of the new literary market is reflected in the changes in Raabe’s narrative technique. The discussion that followed the talk raised the question of to what extent Raabe’s rejection of the literary market intersects with his understanding of gender and race, specifically with his anti-Semitism. 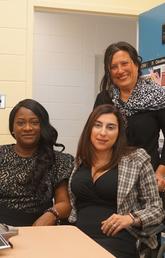 Kenise Lyons comes to the LRC 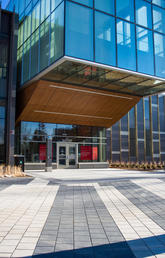