By Lynda Sea, Faculty of Nursing

As a Clinical Nurse Specialist (CNS) working for the Acute Pain Service (APS) with Alberta Health Services (AHS), Patrycja Vaid MN’15, BN’06, gets to impact the health of individuals and populations through policy, education, leadership and research in addition to her clinical and consultative work.

In 2011, Vaid most significantly led the charge behind a system-level change that allowed nurses to administer low-dose ketamine infusions for pain control on medical and surgical units throughout Calgary hospitals. Even though it could reduce overall opioid use, there was initial resistance to the change as most thought it would require more bedside monitoring.

“The nursing practice of administering analgesic infusions such as ketamine was historically obstructed by a cardiac-monitoring requirement which was not based on any evidence, and, unfortunately, patients were suffering as a result,” Vaid explains.

Working with a multidisciplinary team, Vaid created new protocols and initiatives that allowed nurses to implement these infusions. She even made education more accessible to AHS staff and the protocol has since been adapted provincially as well as inspired other centres across North America to implement similar practices. In 2020, she was named one of Avenue Magazine’s Top 40 under 40 for this contribution to the city and province.

“We specialize in post-operative and cancer pain, trauma pain and complex pain,” she says. “You have surgery or you have a car accident or something happened to you - we become involved because the pain is difficult to manage or you need an advanced pain treatment to help.

"The experiences and encounters I have in the clinical setting help shape the decisions and recommendations I make for populations on a larger scale. It’s this wonderful job of micro meeting macro, meets micro, meets macro and that goes over and over.”

Vaid says she enjoys thinking and working systematically to make a large impact to the health of many. As a CNS, she’s initiated and organized annual Pain Awareness Education Days for health-care workers and created online interactive resources related to pain management.

Despite the breadth and scope of a CNS, Vaid says it’s still an advanced practice nursing role that not many people know about and she estimates there are maybe only 60 to 70 clinical nurse specialists that AHS employs across Alberta.

“It's one of the most rewarding jobs that I've had so far because it brings together different components: you have your direct patient care, you have consultation and then you have things like leadership where you're looking at policy work,” says Vaid adding that she also gets to focus on research and education and teaching too. “It's kind of like a five-in-one job.

“I hope that this role is expanded upon again in the future and the added value of having an MN degree allows for bringing evidence-based nursing practice to the forefront.”

Vaid describes her entry into nursing as something less than traditional. She started off postsecondary schooling in management and economics but switched to nursing because she was drawn to the sciences and the shiftwork and travel aspects of being a registered nurse appealed to her. “For my final focus, I chose the ICU setting and it wasn't until my last shift as a nursing student that I remember walking out of the ICU thinking this is where I need to be a nurse. This is where I belong.”

The many other nursing roles she’s held throughout her career include being a nursing attendant, undergraduate and graduate nurse at Carewest, a stint in Baltimore as a staff nurse working in the CCU and ICU and working as an undergraduate, graduate and RN in internal medicine, CVICU, ICU and CCU in Calgary at both Foothills and Rockyview. She also worked at UCalgary Nursing as a sessional instructor and simulation clinician at the then-newly opened Clinical Simulation Learning Centre from 2008 to 2011. It was during that time on campus that she also found the flexibility to pursue her MN degree at UCalgary.

“It's funny how these little doors open and you walk through them and you never know what that opportunity brings you. With nursing, there could be so many different things that are part of your role.”

Vaid says there are many opportunities for nurses and advises new grads entering the workforce that “we work in amazing places with tons of helpful people and remember that we're in a helpful profession so asking for help is always welcome and encouraged.

“No matter what, it's going to be overwhelming and until you find where you feel like you need to be, it will be hard. You just have to find the place that you need to be. And you'll know it when you get there.” 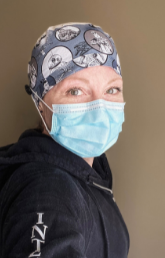 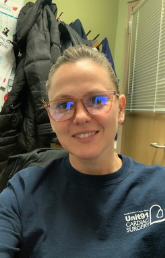 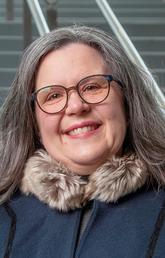