Arya McDougall-MacLaine was an enthusiastic and adventurous little girl who loved the water and elephants and wanted to try every opportunity that was presented to her. “Her middle name is Nerissa, which is the goddess of the sea, and she just loved the water,” says her mother, Petra McDougall, who will graduate with her doctorate in biological sciences from the University of Calgary's Faculty of Science on June 2.

Petra has had five children over the course of her PhD studies, with Arya being carried during a season of field work and being born just weeks after her mom completed her candidacy exams. Petra took a year of maternity leave and then returned to her studies, publishing a few chapters of her thesis.

Things were going smoothly for Petra and her family until around Arya’s third birthday, when she fell ill. “We didn’t know for a long time what was wrong,” says Petra.

After several trips to the emergency room and various doctors, a tumour was found in Arya’s brain, and she was rushed to surgery. She underwent two surgeries on back-to-back days: one to relieve the pressure on her brain and one to remove the tumour. This was followed by radiation therapy.

“The surgeries went well, and she recovered well, and we were able to just breathe,” says Petra.

No part-time option for doctoral students

The family had planned a trip to Petra's hometown of Victoria in conjunction with a conference where she was presenting, and they were able to follow through with it before Arya started radiation. The family got to see the seals, hang out on the beach and see all the beautiful Victoria flowers. It gave Petra a feeling that they could face whatever was next and be fine.

“It was nice to have her back and feeling like herself and being a three-year-old,” says Petra.

The following June, a year after her treatment had ended, doctors found a new spot on her spine. With ependymoma, Arya's particular form of cancer, if a child relapses it is likely not curable, Petra says, but her oncologist said it was possible to prolong life for quite a while. “At that point, we were looking at quality of life and ways to manage the disease,” says Petra.

With the support of her adviser, Petra picked away at her PhD when she could, sometimes enrolling in a semester and sometimes missing a semester. Petra says the trickiest part is there is no part-time option for doctoral students.

“You’re either full time or you’re not there at all, and the full-time option wasn’t compatible for my situation,” she says.

Petra turned her attention to researching clinical trials, and she found paediatric clinical trials are lagging behind those of adult cancers. There were only three trials in all of Canada for ependymoma, despite it being one of the most common types of brain tumours in young children.

Petra also took a leave of absence to do as much travelling as possible with Arya and the family. Arya had the goal of spending 50 nights in a tent, which she achieved. They visited family and friends and saw many of the bucket-list destinations that Canada had to offer.

In October 2020, Arya and her parents were scheduled to travel to Seattle to undergo a CAR T-Cell therapy clinical trial. On the Thanksgiving weekend, Arya started to complain of a headache. Petra says an MRI taken the next Tuesday showed further deterioration and there were concerns about them travelling.

Forty-eight hours later, on Oct. 15, 2020, Arya passed away at her home, just feet from where she was born, surrounded by her family. She was just a few weeks away from her seventh birthday.

“After that, it was hard to think of how to commemorate her,” says Petra.

Wasting Wishes is a true account of a day in the life of a five-year-old living with a terminal disease.

The first was to publish a children’s book based on a conversation between mother and daughter. The book, Wasting Wishes, details the wish Arya made when blowing on a dandelion. She wanted to tell her mother about what she wished for, despite her mother telling her that it wouldn’t come true if she revealed the wish.

“She said, ‘Well that’s okay, because what I wished for doesn’t exist,’” says Petra.

Petra questioned Arya about why she would make a wish that couldn’t come true, and wouldn’t that be wasting a wish. Her daughter replied there was always a chance that it could be real.

“I remember my wish was for her to be rid of her cancer, and to be happy and healthy,” says Petra. “Here I was accusing her of wasting a wish for something that doesn’t exist, and I was doing the same thing.” Arya asked her mother what her wish was, and she told her that it was for Arya to be happy and healthy. Her daughter then accused her of wasting a wish, as well.

“I thought she was thinking about the same thing as me, that she would never get rid of her cancer,” says Petra. “Instead, she just gave me a big smile and said, ‘That’s already true.’” Petra says she often wonders if that was just childhood ignorance, or if in Arya’s reality she simply was happy and healthy.

The book is available now, and all proceeds will go toward supporting paediatric cancer organizations including Kids Cancer Care. The Calgary Public Library will also be carrying copies of the book, including two copies at the local Crowfoot branch that Arya loved.

Convocation will be bittersweet

The second thing Petra did was return to her PhD and finish it. She says that, if she was in Arya’s position, it would be important to her to see her mom complete the PhD. With the support of her adviser, she took some time off and then started chipping away at the last pieces of her thesis in January 2021.

“I’m glad I got back to it, that I buckled down and got it done,” says Petra. She submitted her thesis to her adviser for revisions in June 2021, right after Arya’s celebration of life. The family then embarked on a road trip with Arya’s ashes, spreading some in the Pacific Ocean where Arya had played on the beaches five years earlier.

Petra returned from the trip and worked on more revisions, and, in October 2021, just a few days after the anniversary of Arya’s passing, she successfully defended her thesis. Convocation will be bittersweet for Petra, as she always thought Arya would be there for her graduation. Petra will be surrounded by her spouse, children and parents at the ceremony, including her three-month-old daughter, Lumi, the baby sister Arya had always wanted.

“That will be her legacy.” 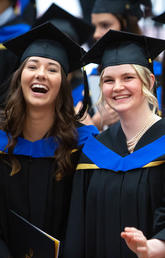 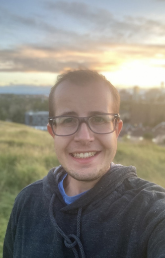 Class of 2022: Perseverance through health challenges, a difficult program and COVID pays off for new grad 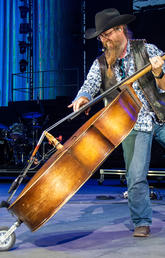 Class of 2022: Jason Valleau’s long and winding road back to the classroom 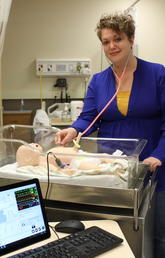 Class of 2022: In hospitals, quick and accurate thinking is key. Jessica Mulli helps aspiring nurses to learn the skill 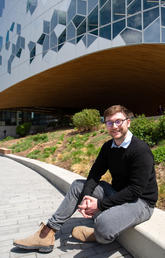 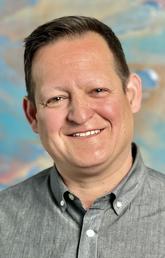