Five professors who perform at the top of their field have been awarded University of Calgary Killam Annual Professorships for excellence in research and teaching. To hear it from the recipients though, it’s clear none of them consider their success a solitary accomplishment.

All five — Nigel Bankes, Dr. Herman Barkema, Dr. Warren Piers, Dr. Hude Quan, and Dr. Keith Yeates — reflected on the importance of their mentors, colleagues, and students in shaping their career paths and research programs, and expressed gratitude for their contributions.

“The dedication that our Killam Annual Professors show to their research teams and students does not come as a surprise,” says Dr. Andre Buret, interim vice-president (research) and chair of the University of Calgary Killam Selection Committee. “These individuals represent academic excellence at its finest — pursuit of new knowledge that improves peoples’ lives. They think about the big picture every day, and recognize that collaboration is what takes a research and teaching program to its highest level.”

Nigel Bankes was drawn to natural resources and energy law because of his interest in sustainability and the environment. “My graduate supervisor at UBC convinced me that I needed to understand the resources and energy industries if I really wanted to get at the drivers of environmental degradation and identify opportunities for a more sustainable future,” he says.

Bankes has been internationally recognized for his work on Canadian oil and gas law, and legal and policy issues related to the Arctic, the Columbia River Treaty, and the resource rights of Indigenous people. During his time at UCalgary, he has also served as the director of graduate studies in the Faculty of Law, and led the creation and implementation of a Master of Laws program that specializes in energy, environmental, and natural resources law.

“The variety and change that is inherent in these areas of law has kept me interested in them throughout my career,” he says. “It is always dynamic as we change our energy mixes, and move to decarbonize our economies.”

Herman Barkema is a world-class researcher in veterinary epidemiology, investigating infectious diseases of dairy cattle — the result of a lifelong interest in veterinary medicine.

“Although I really like animals, I love working with farmers,” Barkema says. He has prioritized a close relationship with farmers since the beginning of his career, saying that his research is "for the farmers, with the farmers."

Barkema is a founding member of the UCalgary Faculty of Veterinary Medicine, where he has assembled a team to investigate infectious diseases in cattle, conduct research, mentor trainees and provide community support. “I get the award, but it is for the whole group. We really do this multidisciplinary research together,” he says. “We are so privileged with the jobs we have at the university — to do the work that we love and interact with great people that are enthusiastic about what they do.”

Barkema’s research has substantially improved bovine mastitis (the most costly disease of the dairy industry worldwide) prevention and control programs in The Netherlands, Canada, Australia, the USA and elsewhere.

Warren Piers is recognized as one of Canada’s top inorganic chemists, whose research group has made significant contributions with careful and detailed studies on the mechanisms of reactions of small molecules. Piers' career began with inorganic chemistry related to petrochemical transformations, and has since shifted to renewable energy, sustainability, and solar fuels production.

“I’ve always been interested in fundamental curiosity-driven research and that leads to things that have potential use and importance,” Piers says. “The role of serendipity in science is definitely there, and discovering new things and recognizing them for what they could be is a key to success, and that’s true in all fields of science.”

Piers has had over 100 students and postdocs train in his lab, many of whom have gone on to receive prestigious awards and fellowships themselves. “It’s growing a family in a different sort of way, you build relationships and have mutual respect and trust,” he says. “It’s the most rewarding part of this profession.”

“Processing large data is fascinating. After numerous data mining steps, it is very exciting and rewarding finding a way to identify a high-quality part of the data, and use the data for research,” Quan says. “It is even more rewarding to see that methodology then be used widely in the world, because many countries collect such data, and researchers are using it for health-care system evaluation.”

Quan has been praised by colleagues and trainees for his exceptional learning environment and team atmosphere. “I feel that this award largely speaks to the team that I work with,” says Quan. “They are amazing! Without their hard work, encouragement, and team mentality, I would not be able to do what I do.”

Keith Yeates is one of the world’s leading researchers in the field of paediatric traumatic brain injury and concussion, and the most highly published author in this field over the past decade. Yeates’s research and training programs at UCalgary are supported by the Ronald and Irene Ward Chair in Paediatric Brain Injury.

“My research helps to increase knowledge about brain-behaviour relationships and how they can be affected by brain disorder or injury in children. In that sense, the work is incredibly rewarding intellectually,” says Yeates. “My research also has influenced the care that children and their families receive after acquired brain injuries, and it’s very rewarding to know that my research has made a difference in children’s lives in that way.”

Yeates has been described as an exceptionally generous, rigorous and collaborative mentor. “Students bring a fresh perspective, and ask new and interesting questions that I might not think of. I am always especially pleased when one of my students goes on to develop their own line of research, on which I then become a collaborator.”

About the Killam Annual Professors

University of Calgary Killam Annual Professors are selected for demonstrating excellence in research and teaching for 10 years or more, while serving their academic discipline and their community outside the university. Recipients are nominated by the dean of their faculty and selected through peer review by the University’s Killam Selection Committee. The University of Calgary is one of only six Killam institutions in Canada, each holding a Killam Trust endowed by the will of Dorothy Johnston Killam. Learn more about the Killam Trusts. 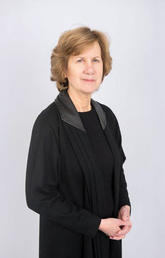 Killam honours for Faculty of Arts profs and students 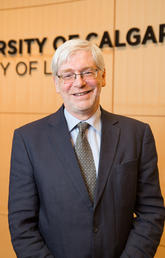 In the News: Yahoo! News Canada

Here are the new guidelines for how to handle kids' concussions