Doctoral students, postdoctoral scholars and faculty recognized for their outstanding research and leadership 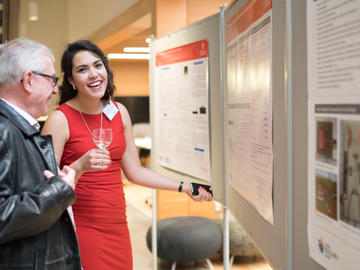 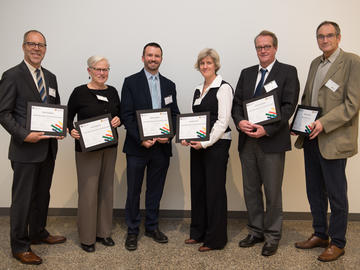 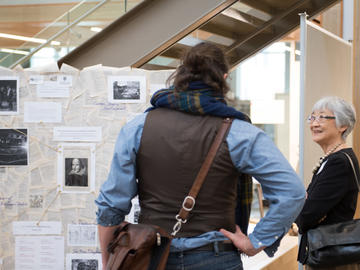 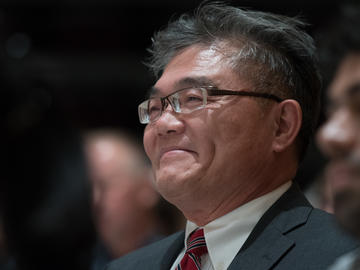 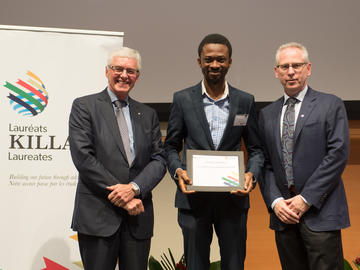 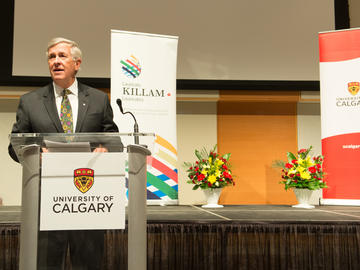 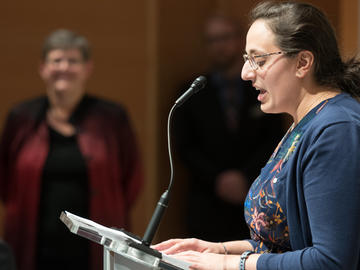 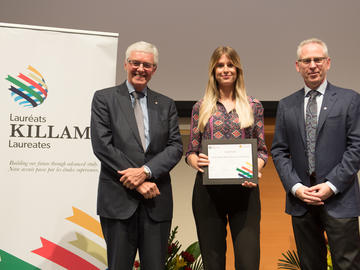 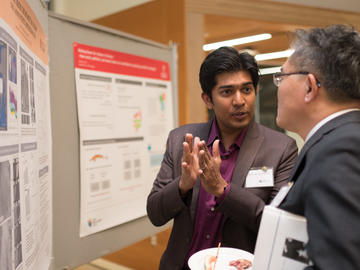 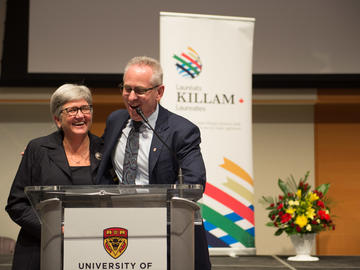 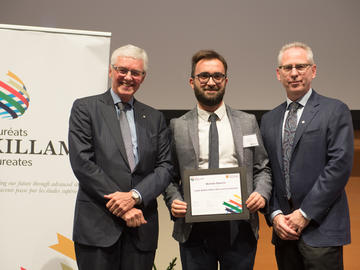 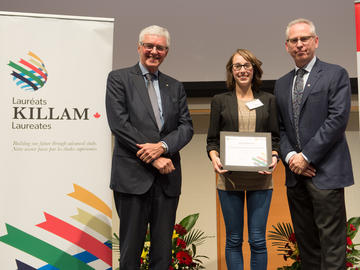 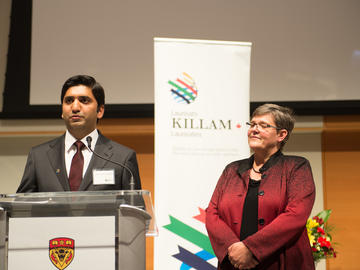 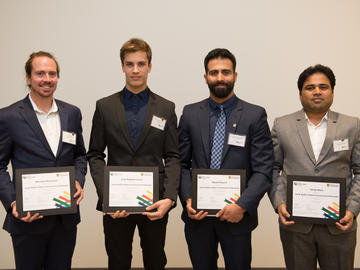 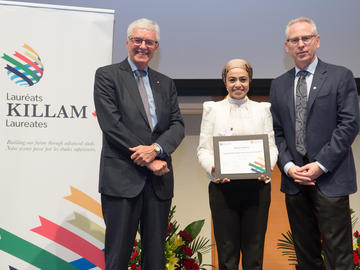 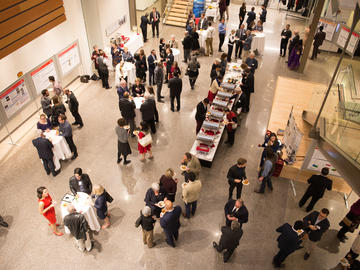 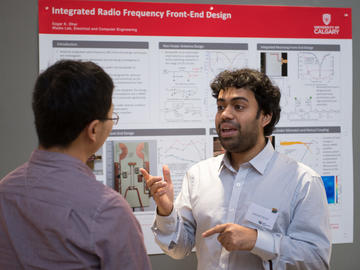 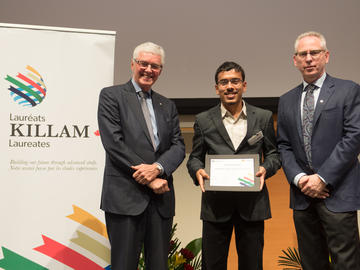 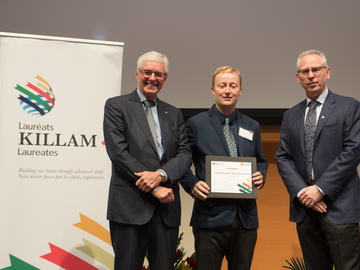 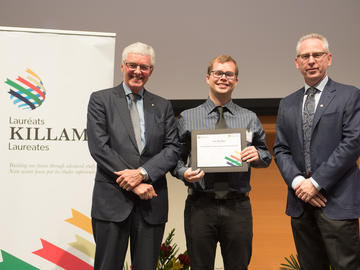 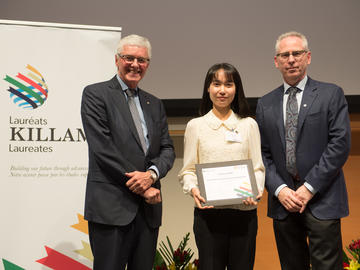 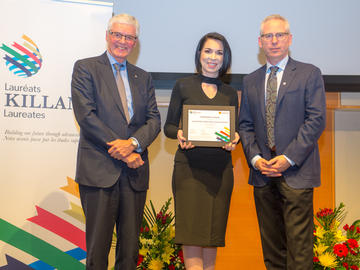 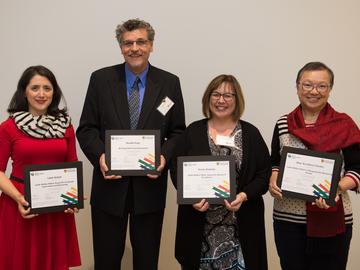 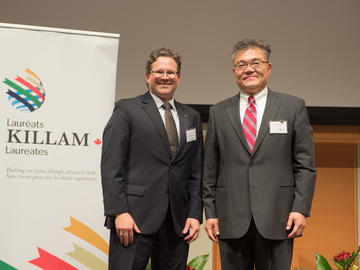 These are just a few of the incredibly diverse areas of leading-edge research being explored by the University of Calgary’s 2017 Killam Laureates.

Killam Trustees and honoured guests had the opportunity to meet this year’s Killam Laureates and learn about their ongoing research at the annual Killam reception, held Oct. 17 at the Taylor Institute for Teaching and Learning. Lisa Young, vice-provost and dean, Faculty of Graduate Studies hosted the event alongside Muhammad Omer, a second-year pre-doctoral Killam Laureate in electrical and computer engineering. The event is an opportunity to celebrate the achievements of the Laureates — a group that includes faculty, doctoral students and postdoctoral scholars — and for the Laureates to personally thank the Killam Trustees.

The Killam Trusts were established by Dorothy J. Killam in honour of her late husband, Izaak Walton Killam, a prominent Canadian businessman. This year marks the 50th anniversary of the Killam Trusts, Canada’s largest private endowment and a vital source of support for advanced education and innovative research at five leading Canadian universities.

“It is a great honour for the University of Calgary to be among the institutions supported by the Killam Trusts,” says Young. “We are home to a passionate community of scholars engaged in transformative research, and the Killam Trusts are integral to our ongoing growth and success.”

The Izaak Walton Killam Memorial Scholarship is awarded to international and Canadian doctoral students showing the potential to become leaders in their fields. The scholarship is valued at $36,000 annually for two years. While the scholarship provides crucial support for student research, it also brings prestige that can help propel students toward new professional and academic opportunities.

“I feel honoured to be a recipient of the Killam Award — it boosts my confidence and inspires me to pursue my dreams to improve the smart waterflood recovery process,” says Adedapo Awolayo, a Killam Doctoral Laureate in chemical and petroleum engineering. “Likewise, the award will help alleviate the financial burden of disseminating my research outcomes to the wider community of researchers.”

Nicole Mancini, a Doctoral Laureate in gastrointestinal sciences, echoes the sentiment: “Being recognized by the Killam scholarship has been a great honour. Not only has the scholarship allowed me to focus on my research to a greater extent, reducing financial worries, it has also allowed me to develop a sense confidence that my research holds impact from the perspective of other researchers.”

In addition to the predoctoral awards, the Killam Trusts award prizes to faculty members and postdoctoral scholars in recognition of research and teaching excellence. This year, five University of Calgary professors were named Annual Killam Professors. Other awards given this year include the Killam Teaching and Research Awards, Killam Postdoctoral Scholarships, and the Killam Memorial Chair — a five-year appointment currently held for the second consecutive term by Walter Herzog in the Faculty of Kinesiology.

Visit the Killam Trusts for more information. This year’s Killam Scholars and Killam award holders are: