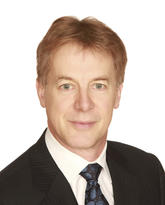 Mark Herman grew up in Calgary and attended the University of Calgary earning a Bachelor of Arts in Economics. He then went on to earn an MBA from the University of Western Ontario. Mark has also completed the Directors Education Program from the Institute of Corporate Directors. Mark retired in 2013 after a 27 year career in investment banking, most recently with Scotia Capital where he was responsible for business development, project execution in both financings and mergers and acquisitions, and management of Scotia Capital's Calgary Investment Banking group. Mark served as an elected member of the Senate of the University of Calgary for six years from 2013 to 2019 during which time he served on the Executive Committee and chaired the Community Engagement Committee.  Mark was appointed to the University of Calgary’s Board of Governors as a representative of the Alumni Association in 2017.  He is a member of the Executive Committee and chairs the Investment Committee.  He is the Board of Governors representative on the Board of Directors of University of Calgary Properties Group Ltd. where he is a member of the Audit Committee.  He has also been appointed as one of the Board of Governors representatives on the Senate.  Mark is a past board member and chair of the board of the Calgary Science Centre.